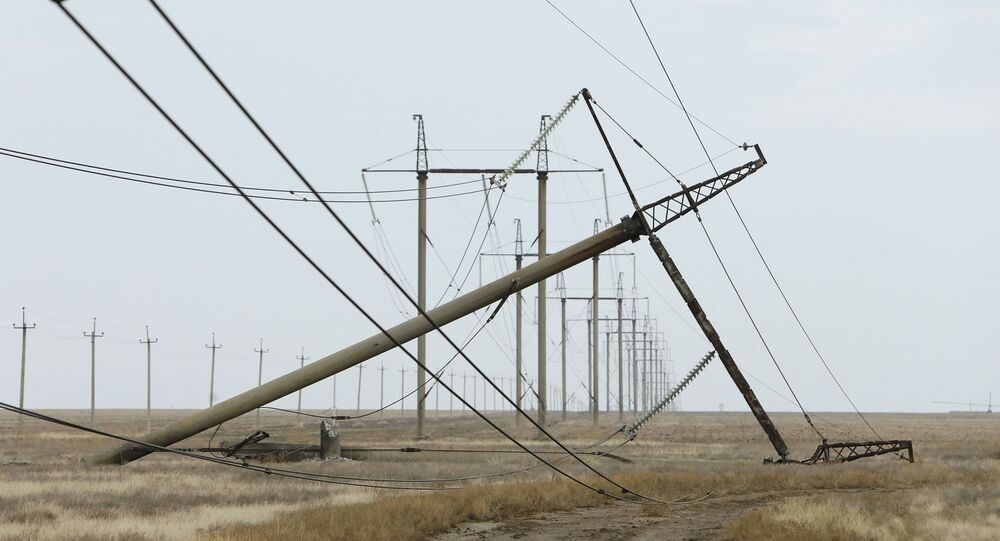 Moscow regrets that the electrical energy supply from Ukraine to Russia's Crimea have not been resumed.

© Sputnik / Sergey Malgavko
Russia Vows to Respond if Ukraine Fails to Restore Electricity in Crimea
MOSCOW (Sputnik) — Moscow deeply regrets and has expressed strong indignation that the electrical energy supply from Ukraine to Russia's Crimea have not been resumed, the Kremlin spokesman said Friday.

"I can express a deep regret and overall, probably, indignation at the fact that the contracted supplies of electrical energy to Russia's Crimea are still not resumed," Dmitry Peskov told reporters.

Peskov noted that he did not have information concerning Russian coal supplies and the possible restriction of those shipments to Ukraine.

Crimea has been without electricity since the weekend after Ukrainian extremist political groups blew up power line towers in Ukraine. Kiev has been unable to repair the towers, as extremists are preventing armed police and company repair trucks from accessing the site.

Earlier this week, Russian Energy Minister Alexander Novak said that Russia could respond to the Crimea blackout by halting coal deliveries to Ukraine.

Russia Received No Info From Ukraine on Electricity Purchase Termination