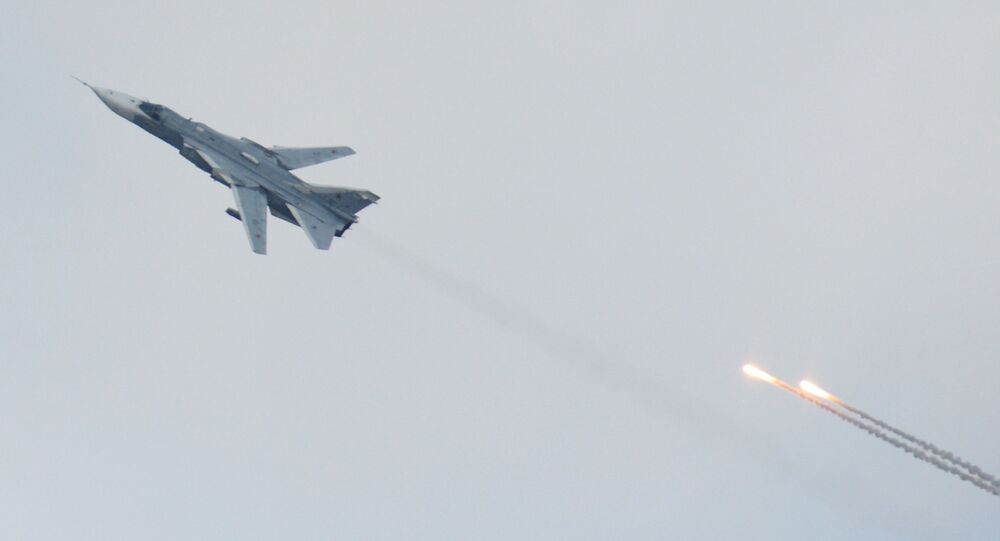 Russia's President Vladimir Putin called the downing of Su-24 Fencer bomber an inexplicable and treacherous stab in the back.

Turkey's act of shooting down Russia's Su-24 jet is an inexplicable and treacherous stab in the back from those who were considered partners and allies in the fight against terrorism, Vladimir Putin said during a ceremony receiving 15 new ambassadors.

“I can’t help saying that we believe the traitor-like stabs in the back from those who we saw as partners and allies in the anti-terrorist fight are completely unexplainable. I’m referring to the incident of the Turkish Air Force downing the Russian bomber,” Putin said.

Russia's president also stated that it appears as if Ankara is seeking to drive the Russian-Turkish relations to a standstill.

"It seems that the Turkish government is deliberately pushing the Russian-Turkish relations to a standstill, we regret it," he said.

"The incident which happened two days ago in the skies over Syria defies common sense and international law. The plane was shot down over Syrian territory. And we have yet to receive an intelligible apology from Turkey on a top political level, " the president said.