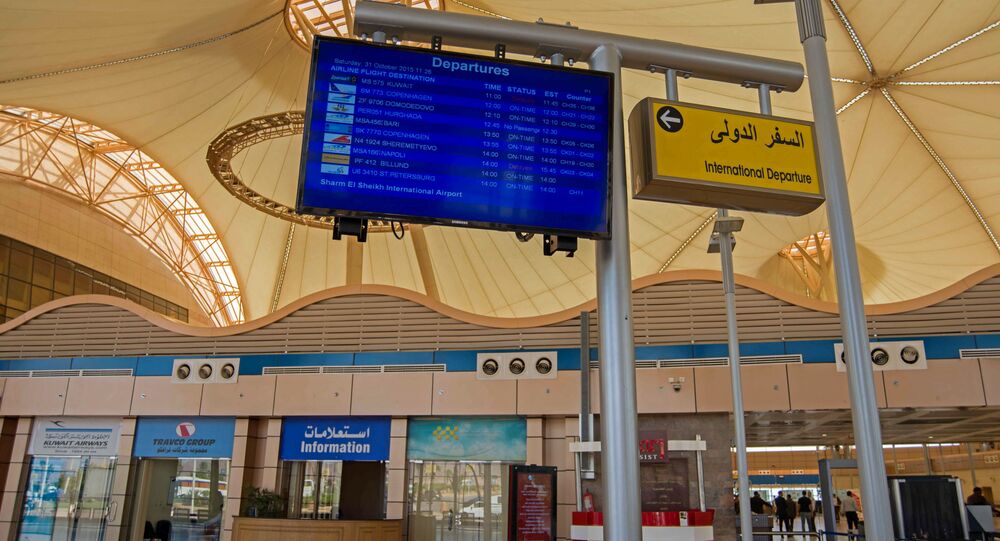 Moscow could adopt Israel-style security measures in foreign airports, such as the engagement of both local forces and Russian experts and equipment to ensure the security of its citizens traveling abroad, Russian newspaper Kommersant reported.

MOSCOW (Sputnik) – On November 6, Russia cancelled all flights to Egypt until the investigation into the Airbus A321 crash is completed.

A member of Russia’s lower house, Maksim Shingarkin, confirmed in an interview with the daily that Russia could consider resuming flights to Egypt only if the former "implements certain conditions," for instance, if representatives of Russia's aviation security services could be deployed to local airports in the country and if certain measures for strengthening airport security are undertaken by the Egyptian authorities themselves.

© Sputnik / Maxim Grigoryev
US to Adjust Air Travel Security Based on Russian A321 Crash Probe Results
The same system is already in operation in Israel, the newspaper said, adding that such measures could lead to a $20-increase in the average ticket price for flights from Russia to other countries, according to the newspaper.

The Airbus A321 operated by Russian airline Kogalymavia with 224 people on board crashed on October 31 en route from Egypt’s resort city of Sharm el-Sheikh to St. Petersburg, leaving no survivors. The catastrophe has become the biggest tragedy in the history of Russian and Soviet civil aviation.

Kremlin: Many French People Ashamed of Charlie Hebdo Cartoons on A321 Crash