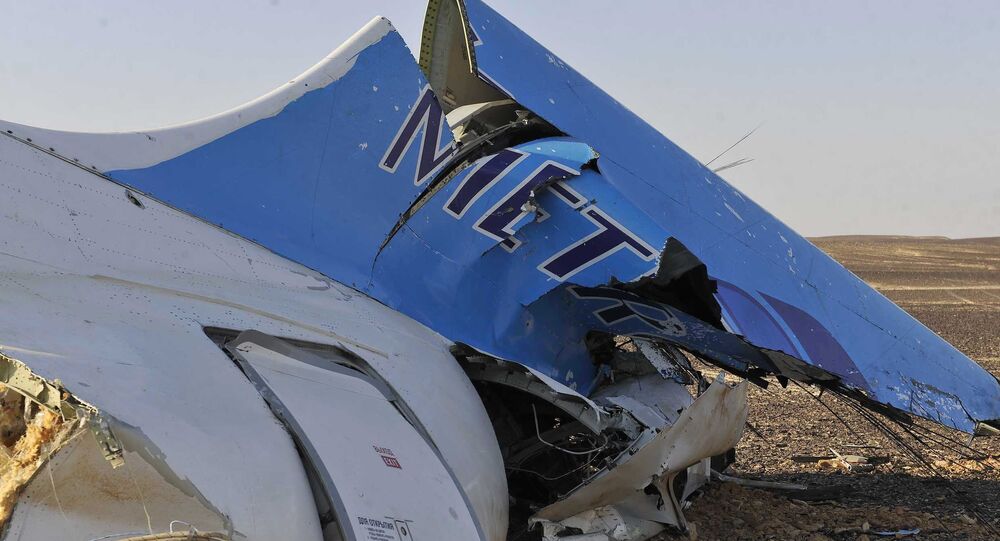 According to unnamed US intelligence officials speaking to CNN, the latest intel suggests that Metrojet Flight 9268 was likely brought down by an explosive device planted by ISIL or an ISIL affiliate.

The new assessment is based on intelligence reports collected prior to Saturday's incident. While there was not necessarily indication of a specific threat before the crash, the official said "there had been additional activity in Sinai that had caught our attention."

The official stressed, however, that no formal conclusion has yet been reached.

A separate US official indicated to CNN that the IS hypothesis is based on monitoring of internal messages from the terrorist organization.

"While the investigation is still ongoing we cannot say categorically why the Russian jet crashed," Cameron's office said, according to CNN. "But as more information has come to light we have become concerned that the plane may well have been brought down by an explosive device."

"We have concluded that there is a significant possibility that the crash was caused by an explosive device on board the aircraft," he said, according to Reuters.

While Sharm el-Sheikh airport officials stressed that airspace is safe, a number of countries have banned flights through the region as a matter of precaution, most recently Ireland.

Following Saturday's crash, the self-proclaimed Islamic State terrorist group did take responsibility for the attack, but did not reveal any evidence to confirm those claims. Security experts also questioned whether IS had the capability of bringing down a passenger jet from the ground.

US intelligence chief James Clapper had earlier indicated that it was unlikely that the aircraft could have been brought down by IS, but "I wouldn't rule it out."

Also on Wednesday, the the Egypt-led commission investigating the crash stressed that any speculation concerning the cause of the crash were not based on concrete evidence.

The Airbus A321 crashed on Saturday while en route to St. Petersburg. All 224 people on board were killed. The Egyptian authorities are currently leading the investigation, with Russia, Ireland, and France also taking part in the probe.

"I won't get into the intelligence issues," he said when asked if the US would share satellite data with Russia.