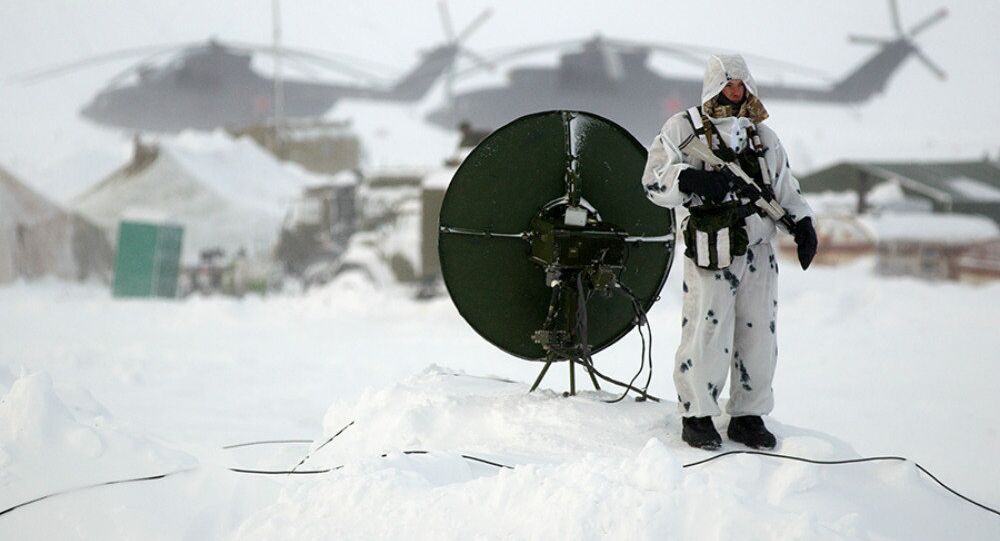 'Unlike Any We've Ever Had': Russian MoD Finalizing Modern Arctic Base

“By 2018 we should completely finish the creation and arming of the entire Arctic grouping,” Shoigu said during a press conference in the Russian Geographical Society.

Shoigu also said that the formation of a military base on the Arctic island Kotelny in the Novosibirsk Archipelago is also practically completed.

“We’re not hiding this from anyone, we have practically finished creating the base in the Novosibirsk Archipelago, on the island of Kotelny. This is a really large base that was never seen during the Soviet times, and it has modern equipment, all of the needed equipment for these boundaries,” Shoigu said.

He added that smaller bases would also be placed on Wrangler Island, Cape Schmidt, on the eastern coast of Chukotka, and in the Kirill Islands.

In December 2014, Russia unveiled a revised military doctrine that prioritizes the protection of national interests in the Arctic. Russia has improved its presence in the Arctic, believed to hold huge oil and natural gas deposits, establishing a new Arctic command and is expanding its icebreaker fleet.

According to Russian President Vladimir Putin, Russia does not plan to militarize the Arctic, but will take the necessary steps to ensure its defense capabilities in the region.

Russia has conducted several military drills in the Arctic this year. Moscow plans to create a network of naval facilities in the region for submarines and warships as part of the country's military strategy through 2020.

Russian Military in Arctic to Get Permafrost-Resistant Office Equipment