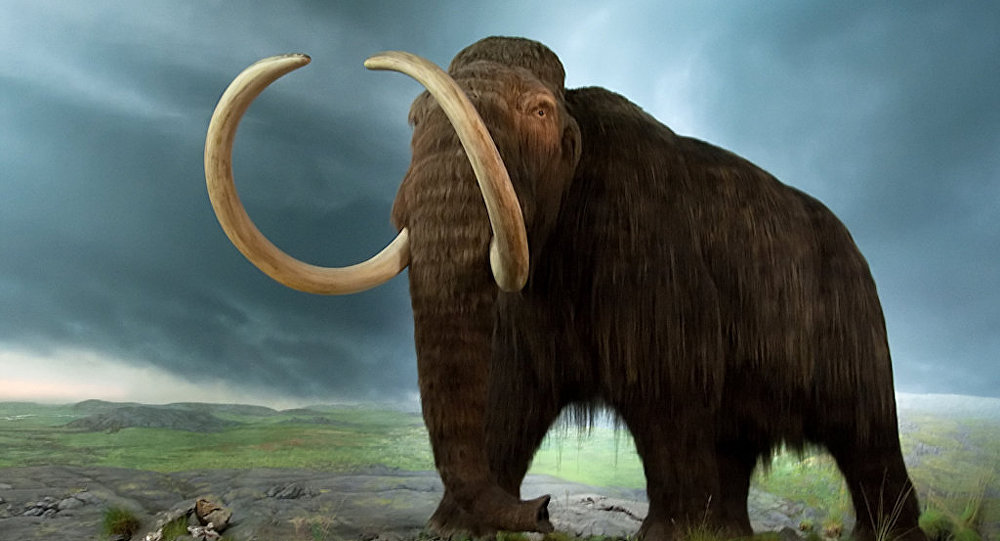 Russian scientists undertaking an exploratory expedition on the Lyakhovsky Islands have discovered woolly mammoth remains including skin and tusk, which they believe suitable for obtaining the DNA necessary to clone the animal.

"The Lyakhovsky Islands are considered the mammoth continent," explained Semyon Grigorev, leader of the expedition to the islands and director of the Mammoth Museum at Russia's North-Eastern Federal University in Yakutsk.

"The largest concentration of remains in the world is here, so that's why we chose this area to carry out our studies," Grigorev told a press conference on Wednesday.

"To start with, together with archeologists we carried out a dig at the most northern site where ancient man lived, not far from the village of Kazachye where we found an enormous amount of mammoth bones, and also ancient tools," said Grigorev of the expedition, which took place over two stages from August 11 to September 29.

© Photo : gazetayakutia.ru
The mammoth expedition led by scientists from Russia's North-Eastern Federal University in Yakutsk, and funded by the Russian Geographical Society
"Then, after waiting a long time for the right weather conditions, we continued to the main target of our expedition, Great Lyakhovsky Island, where we found a great amount of unique remains," which includes ancient mammoth skin and teeth.

"Take, for example, the tusk of a pygmy mammoth that we found. We calculate that the animal was no more than two meters tall, so now we have to work out what this was – a micropopulation, or the peculiarity of this single individual."

"Skin is the most interesting for us, for our project 'The Mammoth Rebirth,' because our Korean colleagues consider skin to be the best material for an attempt at cloning via the extraction of viable cells."

© Photo : kamaz.ru
Russia Takes the Wheel in Funding Self-Driving Car Research
The 'Northern Ecumene' expedition of 16 researchers from six different countries was made possible thanks to a grant of two million rubles provided by the Russian Geographical Society.

"We consider the expedition a success; after all, out of what seems to be these kinds of small expeditions, great scientific discoveries can be made," said Grigorev, whose team is now joining forces with Korean researchers to analyze the mammoth remains for cells viable for cloning.