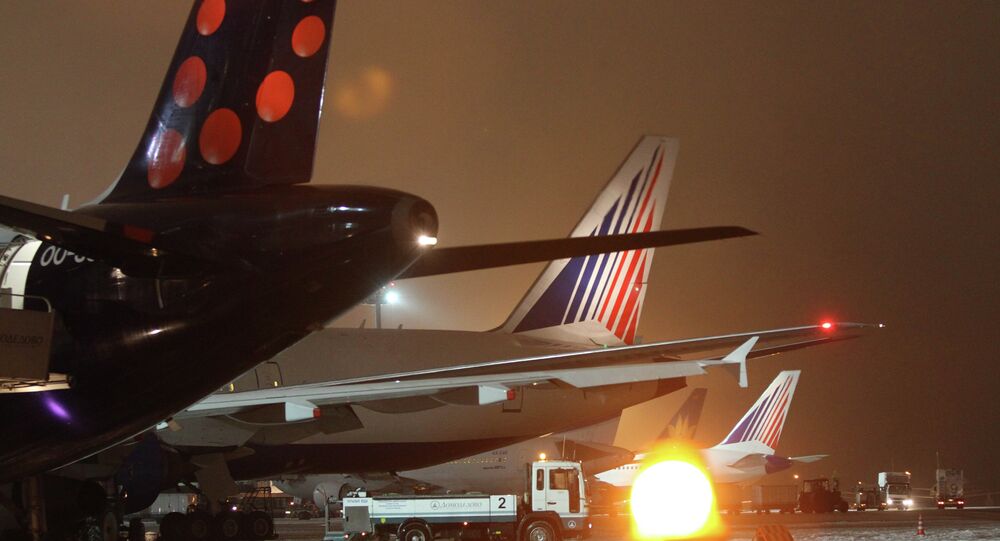 Russia to Ban Flights of Ukrainian Air Carriers From October 25

The Russian Ministry of Transport said Monday it had instructed the Federal Air Transport Agency (Rosaviatsia) to notify the Ukrainian air carriers about the ban on their use of the Russian airspace starting October 25.

MOSCOW (Sputnik) — Ukraine has earlier banned some 25 Russian airlines, including Aeroflot and Transaero, from entering the country's airspace, effective from October 25, as part of its anti-Russia sanctions.

"This measure comes as a mirror response to the unilateral ban by the Ukrainian imposed from the same date on Russian air carriers in violation of existing norms and regulations in the sphere of air transport," the ministry said in a statement.

© Sputnik / Maksim Blinov
Aeroflot Cancels All Tickets and Flights to Ukraine Dated After October 25
Russia’s flagship commercial airline Aeroflot has earlier canceled ticketing to Ukraine for dates beyond October 25 when a ban imposed by Ukraine for Russian flights into the country goes into effect, according to the company’s booking system.

On September 16, Ukraine announced new wide-ranging sanctions, including the blacklisting of 25 Russian airlines, two of which are now defunct. Last Friday, September 25, the Ukrainian cabinet announced the flight bans would take effect within a month.