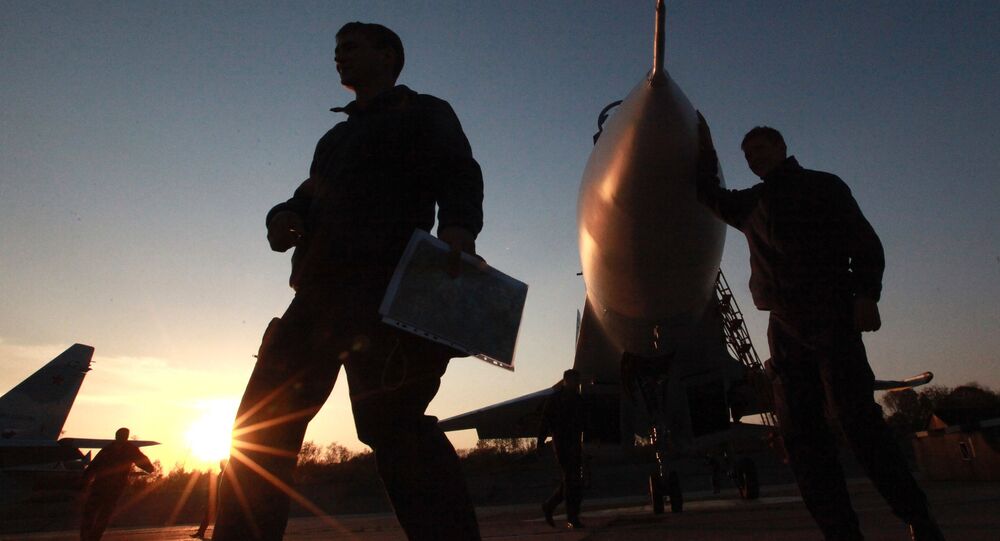 Some 170 Russian combat aircraft had to fly some 500 to 2,000 kilometers (310-1,240 miles) to airfields in the Orenburg, Chelyabinsk, Saratov regions, the Republic of Bashkortostan and the Perm Territory in order to participate in military drills, according to the statement of Russian Defense Ministry.

"The planes have flown some 500 to 2,000 kilometers (310-1,240 miles) to airfields in the Orenburg, Chelyabinsk, Saratov regions, the Republic of Bashkortostan and the Perm Territory," the ministry said.

As many as 20 warships will participate in exercises headed by Chief of the General Staff of the Russian Armed Forces Valeriy Gerasimov.

The drills incorporating the CSTO members aim to contain a fictional international armed conflict in the Central Asian region. They will include a number of command and staff training sessions, as well as practicing full deployment of forces during special exercises.