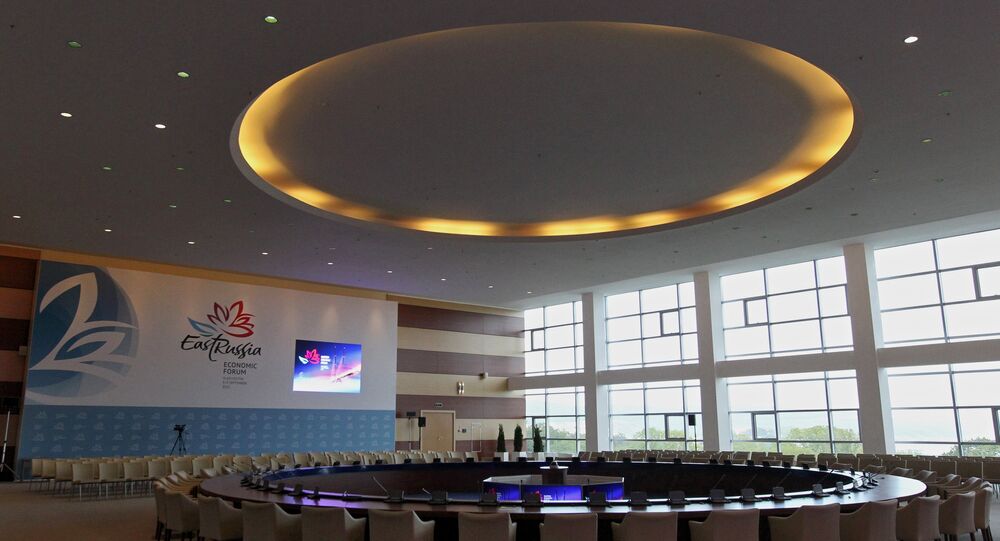 The Russian city of Vladivostok has begun to receive the first attendees of the Eastern Economic Forum (EEF), the local customs office said in a press release on Wednesday.

VLADIVOSTOK (Sputnik) — Representatives of 24 foreign countries, including delegations from China, Japan, the Republic of Korea, North Korea, Singapore and Malaysia, are among the 1,350 participants of the EEF.

"The majority of passengers arriving to the forum are expected to fly in on September 2-4," the customs office said.

The first Eastern Economic Forum will be held on September 3-5 in the Russian city of Vladivostok, located on the Pacific Ocean, as a platform for dialogue between international investors, the Russian government and countries of the Asia-Pacific Region.

© Sputnik / Vitaliy Belousov
Putin to Focus on Far East Investment Prospects at Eastern Economic Forum
"They are not only representatives of the largest business communities, but also representatives of government agencies and the media," the news release read.

More than 250 investment projects, valued at over 4.7 trillion rubles (over $70 billion at current exchange rates), will be presented at the forum.

On Tuesday, Kremlin spokesman Dmitry Peskov told reporters that Russian President Vladimir Putin was expected to address the forum, in which he would focus on investment opportunities in the country's Far East.