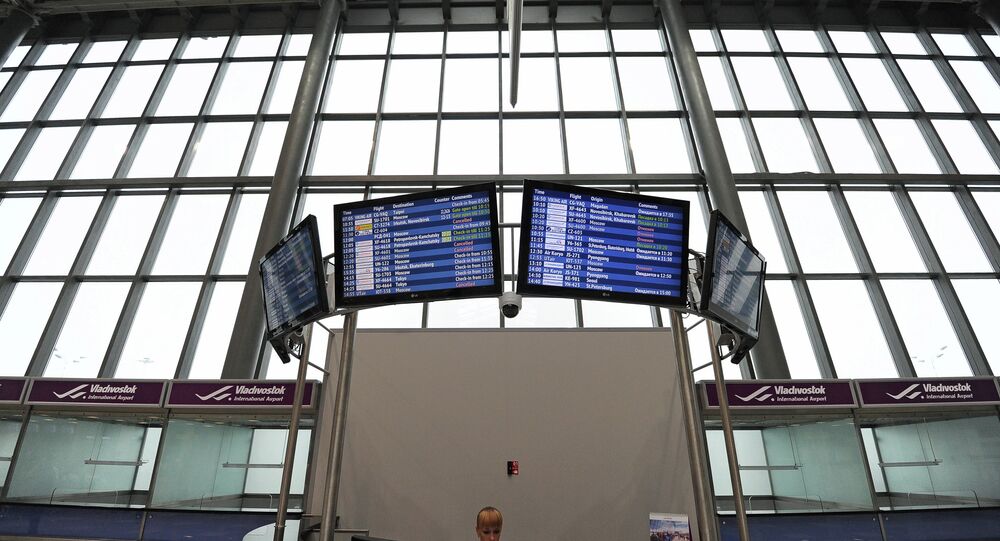 The international airport of Vladivostok, which is set to host the Russian Eastern Economic Forum (EEF), is ready to receive over 70 business aircraft within the next few days, the press service of the airport said in a statement on Tuesday.

© Sputnik / Ramil Sitdikov
Steady, Go! Vladivostok Ready to Host First Russian Eastern Economic Forum
VLADIVOSTOK (Sputnik) — The EEF is scheduled to take place in the Russian city of Vladivostok on September 3-5 with the aim to ensure dialogue between international investors, the Russian government and countries of the Asia-Pacific Region.

Organizers of the forum have received over 4,000 applications, with some 1,500 requests submitted by international participants.

According to the organizing committee of the forum, over 2,000 citizens of 24 countries are expected to arrive in Vladivostok within the first days of September. The committee claimed the airport with its daily capacity of 9,500 passengers was able to receive flights with participants of the event on a full scale.

"As of today, over 70 flights of business aircraft have been claimed to arrive, including some 40 international flights. Representatives from Japan, China, Vietnam, England, the Netherlands, the United Arab Emirates and other countries are among international delegates," the statement read.