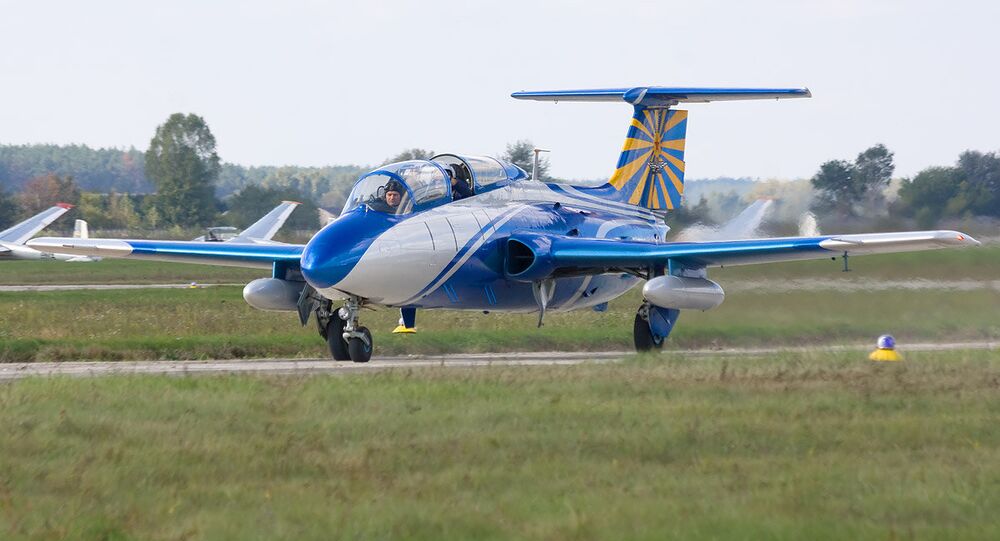 A mysterious jet reportedly caused a commotion at Moscow's air traffic control after it traveled toward the city without making any radio contact and then made an emergency landing.

A mysterious plane which appeared on radars but did not respond to radio messages caused alarm at Moscow air traffic control on Wednesday, LifeNews reported.

© AP Photo / Mindaugas Kulbis
Ghost Planes: NATO Aircraft Conduct Flights With Transponders Off
The plane then unexpectedly diverged from its course and requested emergency landing at the Chkalovsky military airfield east of Moscow, signaling with its wings rather than a radio message that it intended to land. The unexpected plane was then allowed to land, and specialists on the ground questioned the pilot about the circumstances which caused the mysterious plane to proceed without making contact.

Questioning the pilot revealed that the plane, an Aero L-29 training jet, was traveling through clouds and it was likely that ice on the plane's body cut off the jet's radio.

"After exiting the clouds I tried to make contact with the zone center, changed frequencies, but it was all for nothing. Traffic in the Moscow air hub is very dense, so I decided to land at the nearest airfield to not create additional problems," the pilot, Alexei Shakhmatov, told the military.

The plane, which belongs to the Volunteer Society for Cooperation with the Army, Aviation and Fleet (DOSAAF), was traveling from Nizhny Novgorod to Stupino airfield where it was based, considerably further south of Moscow.