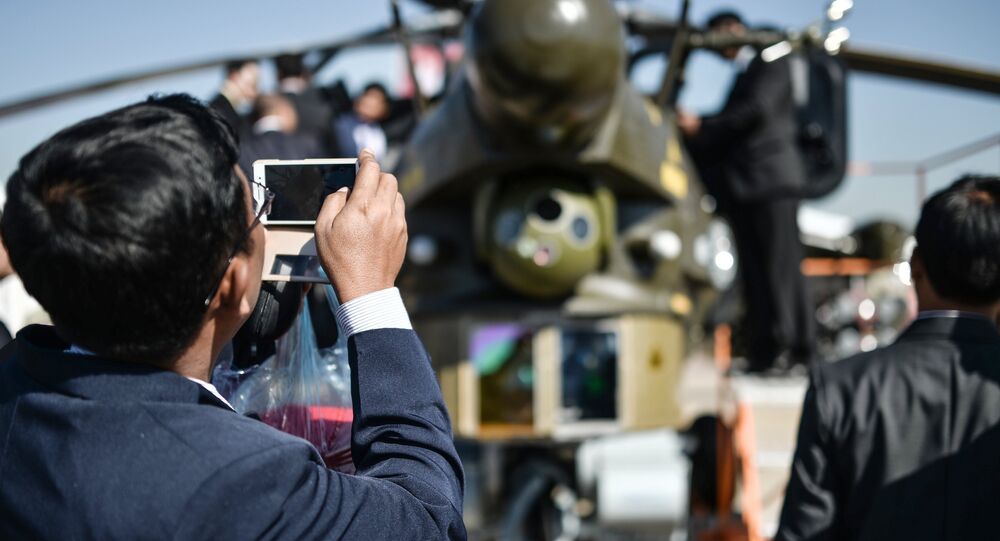 The XII International Aviation and Space Salon MAKS-2015 has opened on Tuesday in the Russian city of Zhukovsky with over 400,000 people expected to attend the venue during the six-day event.

"Regardless of the political conjuncture, MAKS will, as before, serve as an effective platform for expert dialogue, the development of industrial cooperation, and for finding new partners," Putin said.

© Sputnik / Vladimir Astapkovich
Russia to Strengthen Trade Ties With Middle East at MAKS 2015
About 760 companies from 35 countries, are expected to participate in the air show, including Russia's state technology corporation Rostec and arms exporter Rosoboronexport, as well as arms manufacturer Almaz-Antey, Russian Helicopters, and several companies from the space industry.

The latest advances in Russia's military and aviation industries will be showcased at the salon, including a prototype of Russia’s Sukhoi T-50 fifth-generation fighter (also known as the PAK FA), the most recent version of the Chirok reconnaissance and strike drone and a to scale model of the Soyuz-5 carrier rocket, expected to be built by 2022.