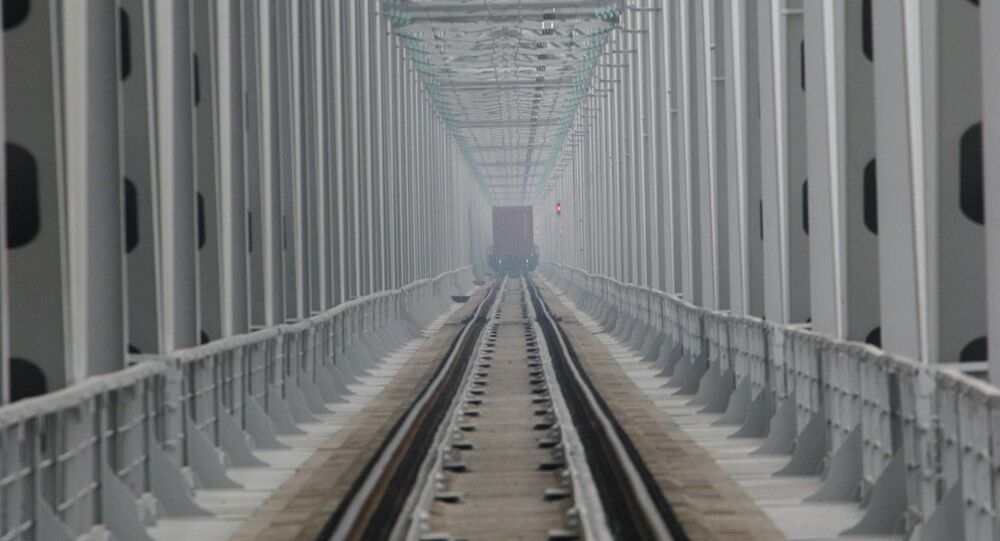 Russian Deputy Prime Minister Yury Trutnev said that construction for the Russian section of the first railway bridge to cross the Amur river and connect the country with China will begin in late 2015.

"A decision was made to finance this project at the expense of the Far East Development Fund and the Russian Direct Investment Fund. A government commission session took place, the work will begin next year," Trutnev told reporters.

He added that the construction of the Russian part of the bridge may take a year and a half.

A Russia-China intergovernmental agreement for construction of the railway bridge was signed in 2008.

China expects to finish the construction of its segment of the bridge by the end of 2015.

According to Chinese estimates, the new railway bridge over the Amur River would diminish the distance for shipments through China's Heilongjiang province to Russia.

Earlier reports suggest that, as of April 2015, China invested around 952 million yuan into the project, with total investment expected to be 2.64 billion yuan ($426 million).