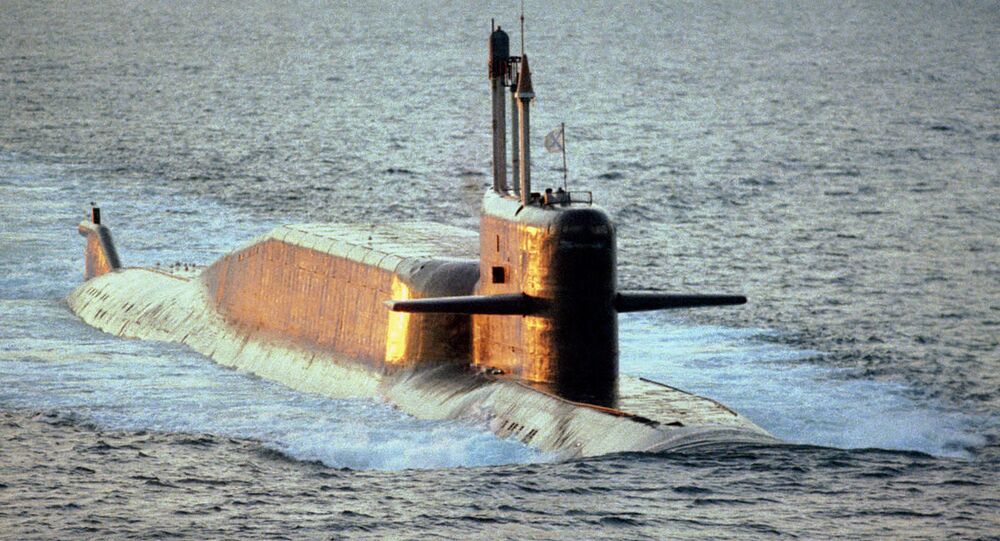 Russia's Zvezdochka shipyard completed repairs and modernization work on the BS-64 Podmoskovie nuclear submarine after 15 years in the slipway.

Possibly partying like it's 1999, when the Project 667BDRM BS-64 submarine (NATO designation Delta-IV) entered the shipyard for repairs, the workers of the Zvezdochka (Little Star) repair plant in northern Russia's Severodvinsk and the sub's crew took the vessel out of its slipway for initial tests.

In its sea trials, the BS-64 Podmoskovie ("Suburban Moscow") will cooperate with other nuclear submarines such as the Kashalot ("Cachalot"), Paltus ("Halibut") and the infamous Losharik. Originally laid down in 1982 and in service from 1986 to 1999, the BS-64, the submarine, then known as the K-64, spent nearly 16 years in the dock for repairs and modernization.

"The Zvezdochka ship repair center conducted a ceremony taking the Podmoskovie nuclear submarine out of its slipway. After taking it out of the slipway and launching it, the crew of the ship and the employees of Zvezdochka will conduct docking and then running trials of the submarine," the plant's press service said in a release.

© Photo : Press-service of JSC "PO "Sevmas"
Russia's Top-5 Most Lethal Submarines
8
During the repairs, the submarine's missile bays were removed and replaced with scientific research facilities. The modernization also added equipment for docking to other submarines.