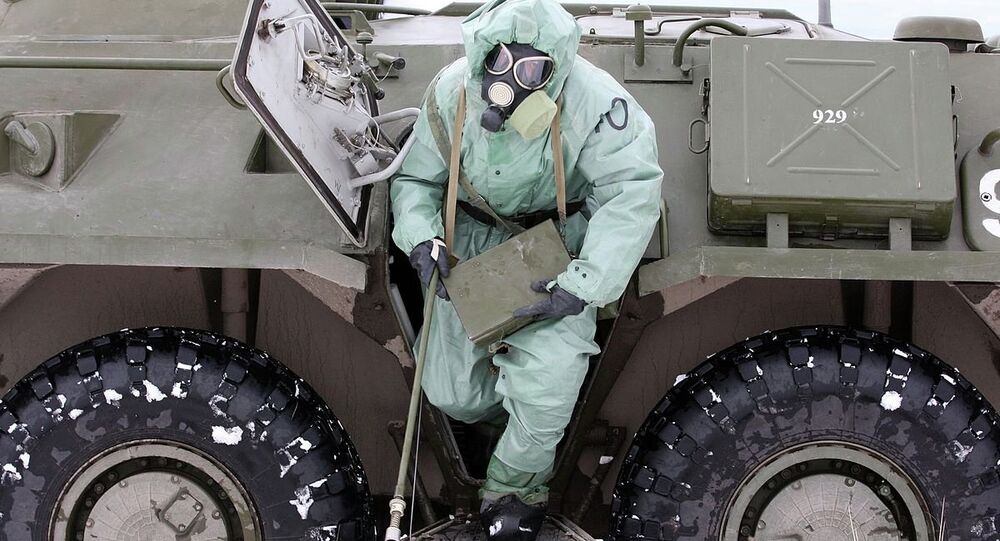 Qualifying rounds for the Safe Environment competition have been held across Russia in military units related to the country's Troops of Nuclear, Chemical, and Biological Defense.

During the qualifiers, participants practiced extreme driving, eliminating a subversive group, operating in a contaminated area and navigating through a wall of fire.

Earlier, Colonel General Igor Klimov, deputy head of the Russian Nuclear, Chemical, and Biological Defense Troops, said that observers from six countries will attend the Safe Environment competition, due to kick off in Russia's Yaroslavl region on August 1.

"At the moment, chemical defense troops from China and Belarus have signaled their readiness to take part in the competition. In addition, observers from Vietnam, Egypt, Iran, North Korea, Myanmar and Turkmenistan will be participating in the event," Klimov said.

He expressed hope that these countries will also take part in the Safe Environment competition in the future.

Klimov added that crews from Russia and Belarus will use RHM-4 radiological and chemical reconnaissance vehicles during the competition, while China will use its domestically made military hardware.

The competition, which is due to wrap up on August 15, is a part of the 2015 International Army Games