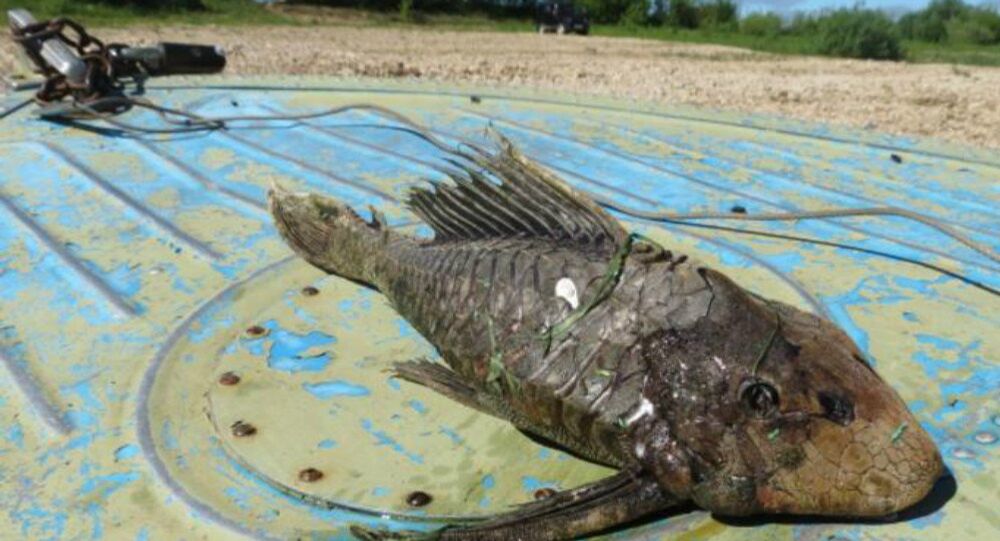 Fishermen in northern Russia's Arkhangelsk region have reportedly managed to reel in a mutant fish, which features what resembles the head of a brontosaurus.

The bizarre creature, which also has huge needle-like barbs and a sucker-like snout, was caught near a ferry line in Bereznik-Osinovo in the Vinogradovsky district, according to the local news website 29.ru.

Upon meticulously studying the photos of similar species on the Internet, the fishermen failed to find any references to what they had caught.

At the same time, they found out that such species as the sea hare and the monkfish shared some of its features.

Surrealistic Diving in the Jellyfish Lake in Palau, Nature Paradise