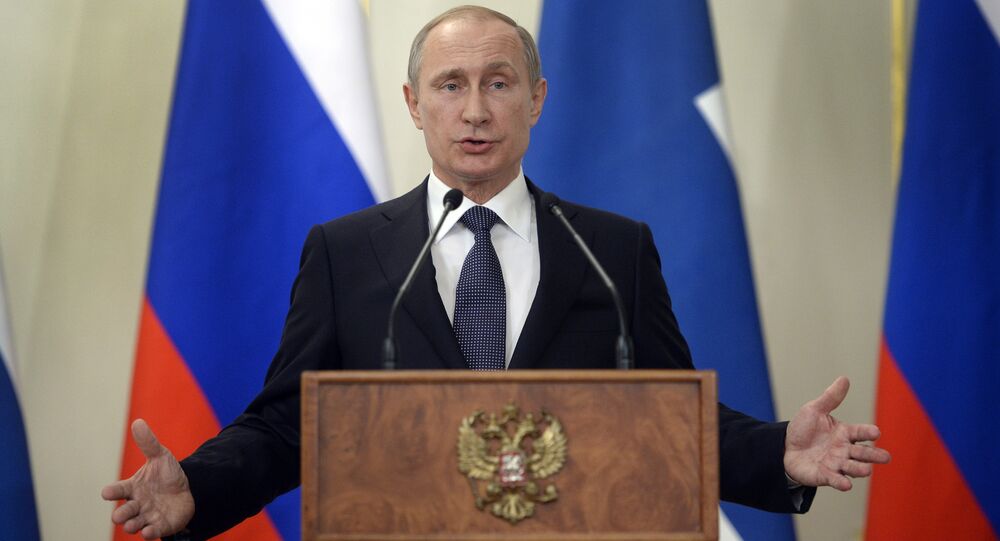 Russian President Vladimir Putin said that if someone threatens Russian territories, Moscow will have to aim its armed forces at the territories from which the threat is coming from.

NOVO-OGARYOVO (Sputnik) — Moscow will have to aim its armed forces at anyone who threatens Russia, Russian President Vladimir Putin said Tuesday.

“If someone threatens our territories, it means that we will have to aim our armed forces… accordingly, at the territories from which the threat is coming from. How else could it be? It is NATO that is coming to our borders, it’s not like we are moving anywhere,” Putin said at a press conference.

The Russian leader added that currently he does not see anything “that would make us especially worried.”

© AP Photo / Kremlin Pool
No Alternative to Minsk Agreements in Regulating Ukrainian Crisis - Putin
Moscow’s relations with NATO went downhill in 2014, when the alliance accused Russia of participating in the armed conflict in Ukraine and began boosting its military presence in Eastern Europe and the Black Sea.

No Alternative to Minsk Agreements in Regulating Ukrainian Crisis - Putin

Putin: Russia and US Not Only Partners But Allies in Certain Areas