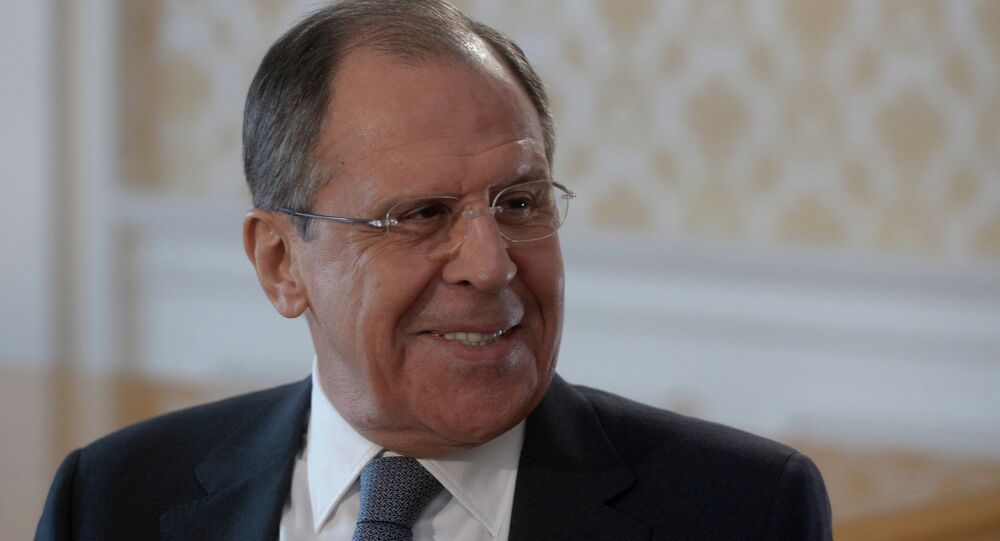 Speaking to reporters on a plane during his return to Moscow from Gorno-Altaisk after meeting with Kazakh Foreign Minister Yerlan Idrisov, Russian Foreign Minister Sergei Lavrov showed off a very cool-looking brown jacket featuring the famed raising of the Soviet flag over the Reichstag and the words "Victory: 1945-2015."

The foreign minister, usually known to the public for his very formal attire of suits and ties, caught reporters off-guard with his casual appearance, including a jacket, jeans, and what appeared to be boots.

"Lavrov with reporters on the trip back to Moscow from Gorno-Altaisk. I couldn't resist!"

© Sputnik / Sergey Kuznecov
5 Reasons Why Russian Foreign Minister Sergei Lavrov is Your Bro
Facebook users approved of Lavrov's fashion sense, calling him a 'real muzhik' (a real macho guy) and wishing all him the best. One user jokingly asked whether it was the foreign minister, or his neighbor from across the hall. Noting that the jacket was super cool, some users said that they would like to buy one just like it.

Earlier this month, Lavrov arrived in Sochi for a meeting with US Secretary of State John Kerry in a retro GAZ-M20 'Pobeda' ('Victory'), a car produced in the post-war Soviet Union from the late 1940s to the late 1950s.

Riding in style. FM Lavrov arrived for talks with John Kerry in Sochi in a white Soviet-made Pobeda. @Anna_Iva_RT pic.twitter.com/B5O8u7fhDq

Lavrov had spent Friday in negotiations with his Kazakhstani counterpart Yerlan Idrisov. Idrisov invited Lavrov for a visit to the Baikonur space port this fall for the next scheduled launch of a manned spacecraft into space.