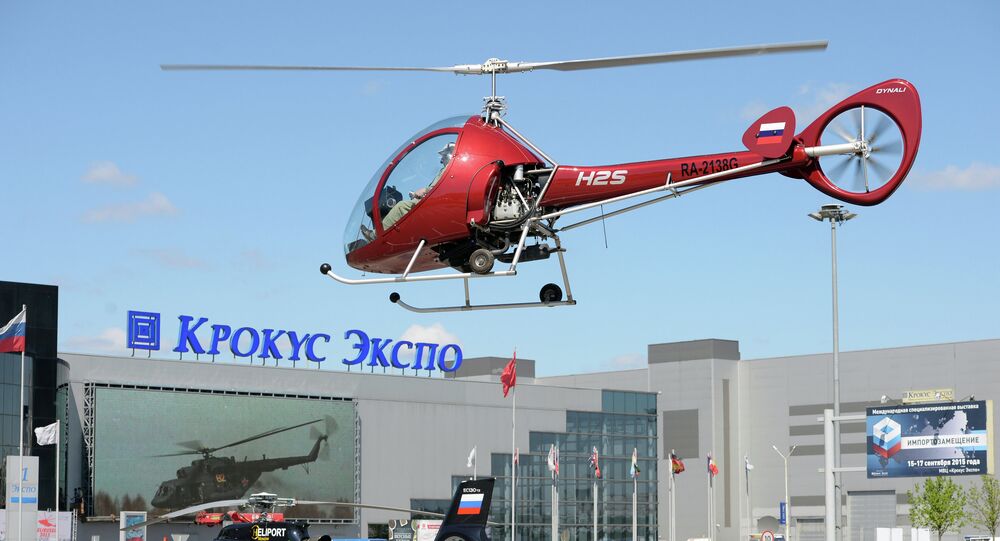 HeliRussia-2015, an international exhibition showcasing the latest achievements in the global helicopter industry, opens in Moscow on May 21.

On May 21, 2015 The largest European helicopter exhibition #HeliRussia 2015 will be opened in Moscow #bizav #aviation pic.twitter.com/1xfT048fBz

"HeliRussia is one of the key events in Russian and global helicopter industry," Russian Helicopters, the title sponsor of the eight HeliRussia, said in a press release.

More than 200 companies from ten countries, including Russia, Belarus, Czech Republic, France, Germany, Italy, Lithuania, Spain, the United Kingdom and the United States, will take part in the three-day fair.

Five helicopters produced in Russia will be on display at the expo, including the Mil Mi-8 (NATO reporting name Hip), considered the most-produced rotorcraft in the world. However, visitors should pay special attention to the Kamov Ka-226T and the Kazan Ansat, according to Russian Helicopters.

The Kamov Ka-226T (NATO reporting name Hoodlum) is a utility helicopter with an interchangeable mission pod. The Ansat on display at HeliRussia-2015 will be configured with medical module. The multipurpose rotorcraft has a bright future in air medical aviation, according to the company.

The Mil Mi-2 (NATO reporting name Hoplite) and the Afalina, manufactured in Russia, will also be exhibited at the show.

US manufacturer Bell Helicopter will present the brand new Bell 505 Jet Ranger X (JRX). The rotorcraft is still under development and it made its maiden voyage in November 2014. Italian company AgustaWestkand will showcase its AW189, a high performance twin-engine multipurpose helicopter which went into service in February 2014.

The HeliRussia exhibition, which debuted in 2008, is organized by the Russian Ministry of Industry and Trade. HeliRussia-2015 opens at Moscow's International Exhibition Center Crocus Expo on Friday.