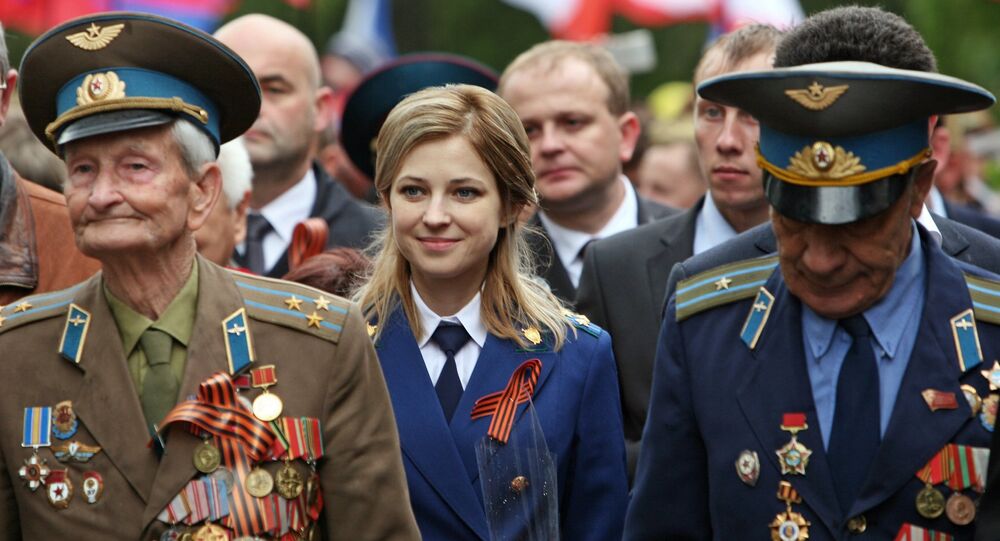 As each Russian region is getting ready to host its own V-Day Parade, to make it an unforgettable occasion for the veterans, Crimea is turning to its most beloved lady in uniform: Prosecutor General and Internet darling Natalia Poklonskaya will lead the prosecutors’ battalion and march in the parade of veterans and modern law enforcement units.

Russia’s Republic of Crimea, among others, is getting ready to host a Victory Parade of its own. It will be the second such parade since the peninsula's re-unification with Russia.

This year marks the 70th anniversary of Russia’s victory in the Second World War and has to be even more grandiose.

Apart from the modern weaponry and equipment, the peninsula has a secret weapon of its own: Prosecutor General and Internet darling Natalia Poklonskaya.

Poklonskaya is going to lead the prosecutors’ battalion, which will march in the parade of veterans and modern law enforcement units.

“Our separate prosecutors’ battalion will take an active and direct part in the parade,” Poklonskaya told the media.

The prosecutor added that her own family has a tradition of commemorating Victory Day with great care and she will continue celebrating within her family after the parade.

35-year-old Poklonskaya took her post on March 25, 2014; her cute looks and iconic uniform made her an internet sensation and she immediately became an icon for many Japanese cartoonists and animators who were struck by her beauty.

Many of her fans created anime-style images and videos which were uploaded to the Internet and attracted attention from international media outlets.

Interestingly, her birthday coincides with the day Crimea and the Russian government signed the treaty of reunification in 2014.