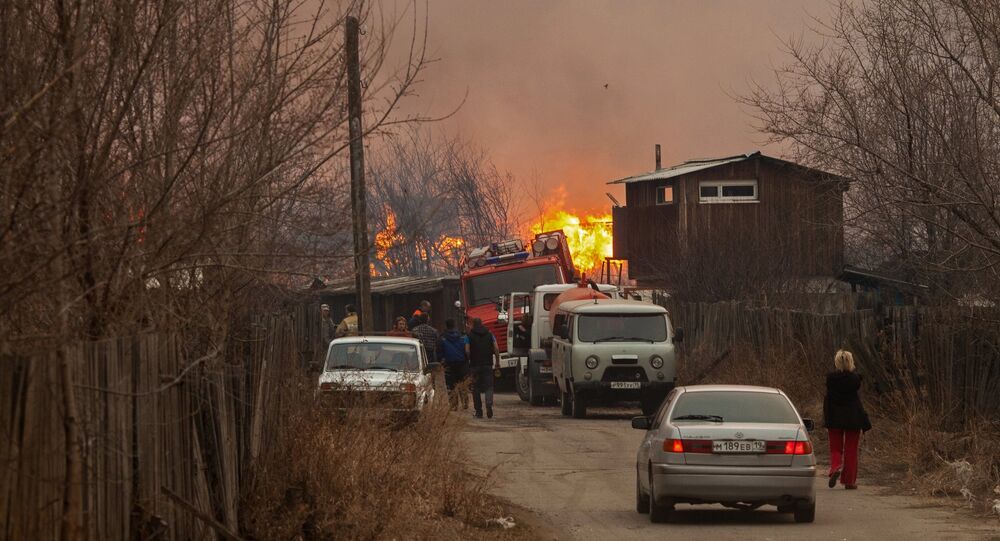 A spokeswoman for regional authorities in Russia's Khakassia Republic in southern Siberia puts the death toll at 10 in the wake of wildfires that have since been put out.

“According to preliminary data, at least ten people were killed [due to the fires]. All the details are currently specified,” Irina Emelyanova said.

The current wave of wildfires in Khakassia began on Sunday, with the fire spreading quickly due to strong winds.

© Photo : Anatoly Kukaev
More Than 70 People Injured in Massive Wildfire in Siberia
Earlier in the day, the local law enforcement agencies said five people died, over 120 were injured and almost 1,000 houses were damaged in the large-scale fires across the grasslands in southern Siberia.

The reason of the incident was the uncontrolled burning of dry grass by people and further spread of fire into the forests, according to the local authorities.

The Russian Emergencies Ministry deployed several planes and helicopters to fight the fires.

The last fire was extinguished about an hour ago, the Russian Emergencies Ministry's spokesperson said Monday.

At Least One Dead in Southeast Siberia Oil Refinery Blast