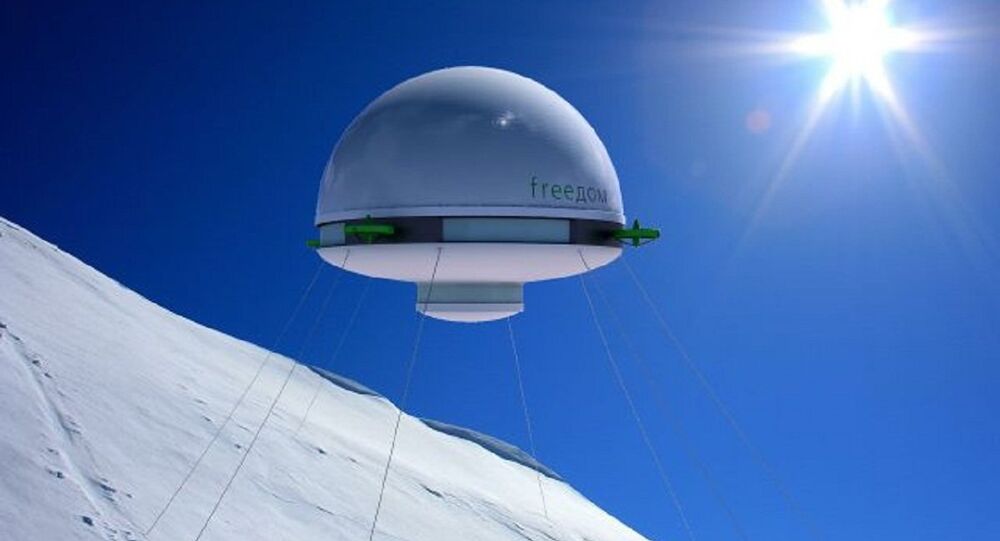 Russian designers have presented a visual concept of a state-of-the-art house which they claim will be capable of flying.

A visual concept of a sophisticated new home which will be capable of floating through the air has been showcased by Russian designers, who claim that the house can also be used as a summer cottage and a small airship, media reports said.

The Freedom house, which has first and foremost been designed for so-called citizens of the world, can be installed almost anywhere on our planet — in the woods, at sea, on the coast, in the mountains, and in an urban area, according to Dmitry Ulitin and Anstasiya Taratuta of the design studio Artzona.ru.

The owner of this house will be able to make him or herself at home while soaring through the clouds, a dream that now may finally come true.

However, 'Freedom' comes at a price: the prospective home, which will take at least four years to perfect, will cost at least six million euros. 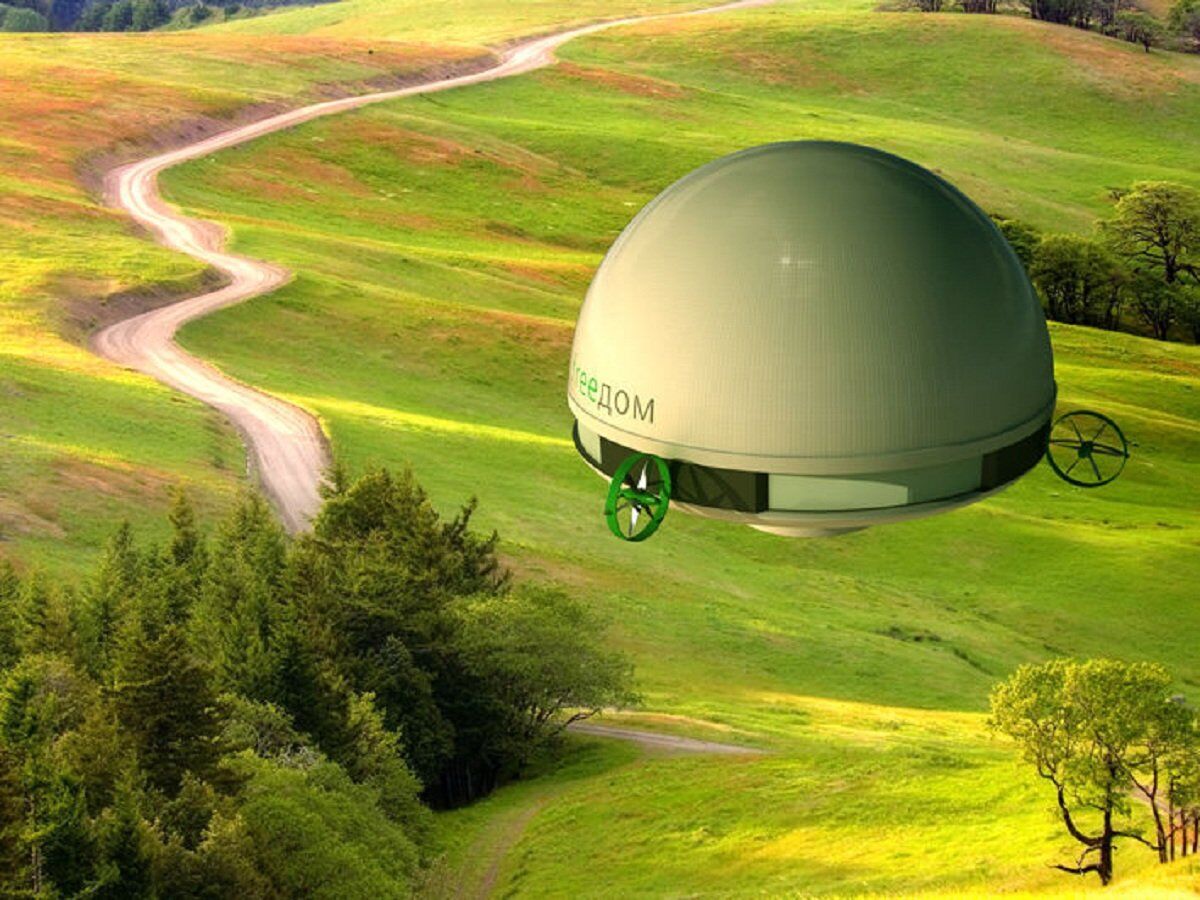 © Photo : http://artzona.ru/freedom
Interestingly, the name of the project is a play of words , with the second part meaning "house" in Russian.

Freedom is touted as a house that is not tied to any particular place or time. It provides a unique opportunity for its owners to live in any city without spending money on rent. On the other hand, it will help put an owner in a cheerful frame of mind each time he (or she) feels upset.

The house's aerostatic air power is provided with a container of phlegmatized hydrogen, as well as a thermal volume and vertical-horizontal propeller power. The propellers' engines can run both on hydrogen and petrol, and in the parking mode are used as wind generators. 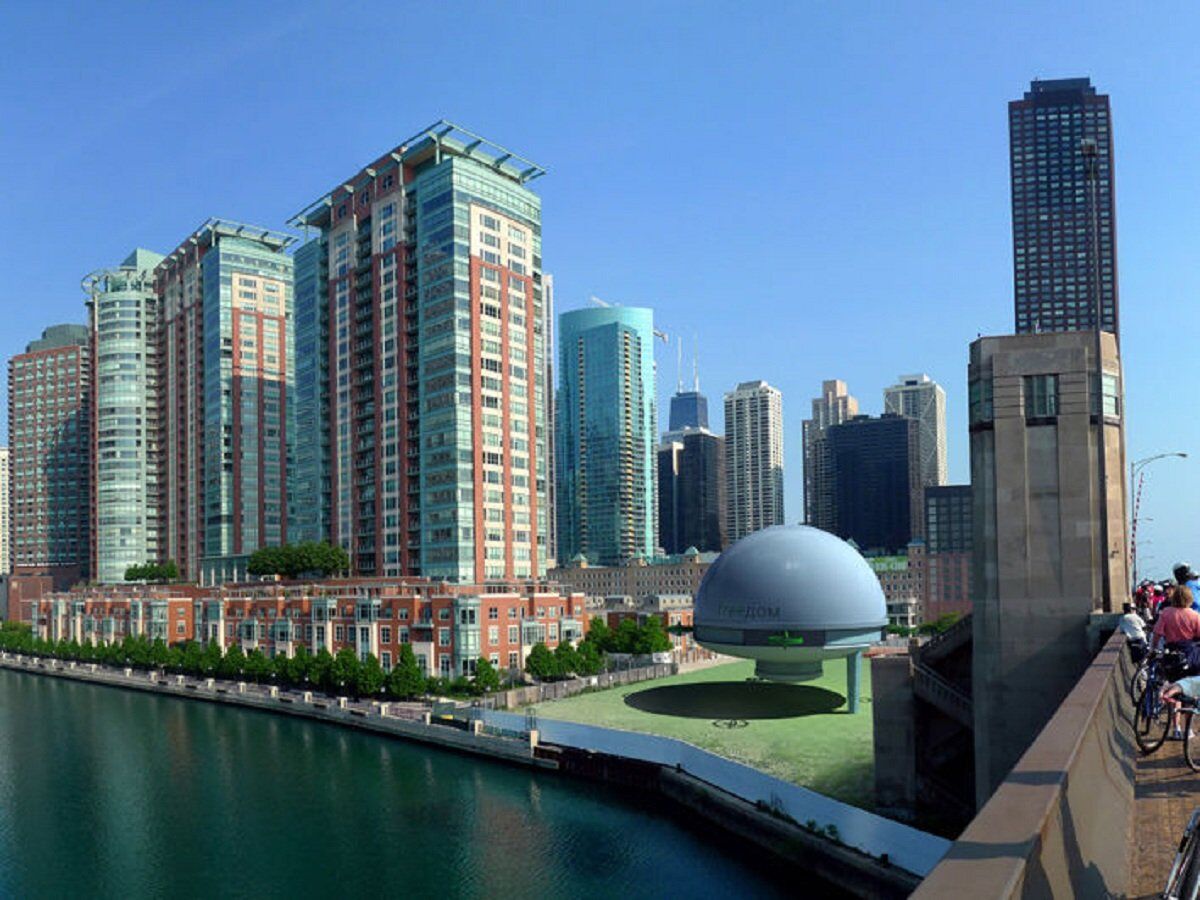 © Photo : FreeDom
Descending on the ground is fulfilled with the help of a vacuum telescopic aerial lifting platform with a load capacity of up to 300 kg.

The vehicle is run in automatic or manual mode.

Flying on board the Freedom house is absolutely safe because during an emergency loss of hydrogen it can glide at a speed of 3 meters per second.