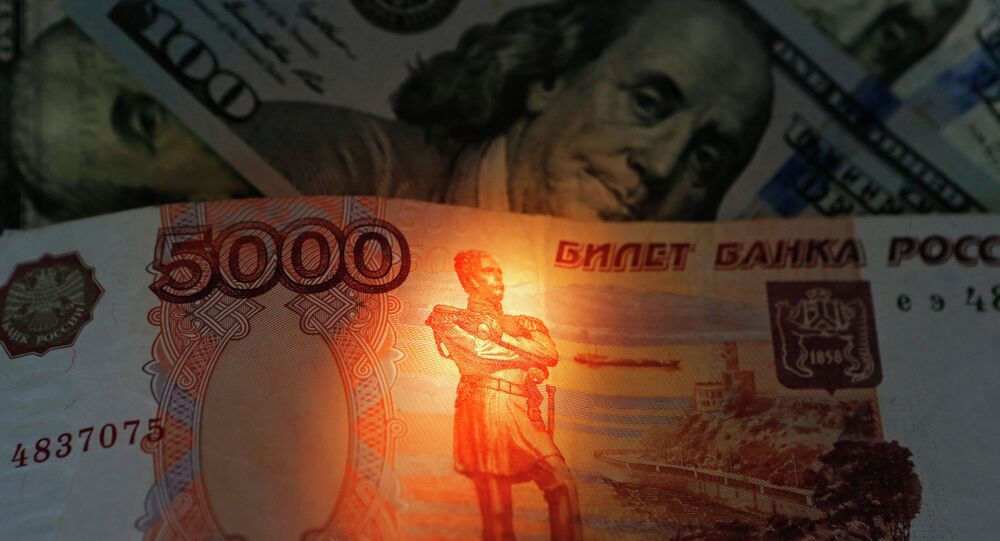 The ruble has grown by 13 percent since the beginning of the year, and has found a new point of balance as it no longer reacts to falling oil prices or foreign debt payments, Russia's Finance Minister said.

The ruble no longer reacts to the oil price, the fall of which led to a drastic devaluation of Russia's currency in late 2014, Russian Finance Minister Anton Siluanov announced on Saturday.

"Despite oil prices falling in the past few days, the exchange rate is practically not reacting. What does this mean? That the rate has found its new place in the conditions of the new oil price, the new balance of payments," the minister said in an interview on Russian television.

© Sputnik / Artem Zhitenev
Foreign Investment Into Russia Grows, $500 Million in Seven Weeks of 2015
Siluanov said that the ruble's rate has not fallen during the February peak of foreign debt payments by Russian companies. He added that he is certain that there will be no significant changes in the exchange rate.

"Even if oil prices are somewhat different from those we see today, the ruble exchange rate will not react the same way it did at the end of last year or the beginning of this year," Siluanov said.

Siluanov also added that the ruble's value compared to the dollar and euro grew by over 13 percent since the beginning of the year.