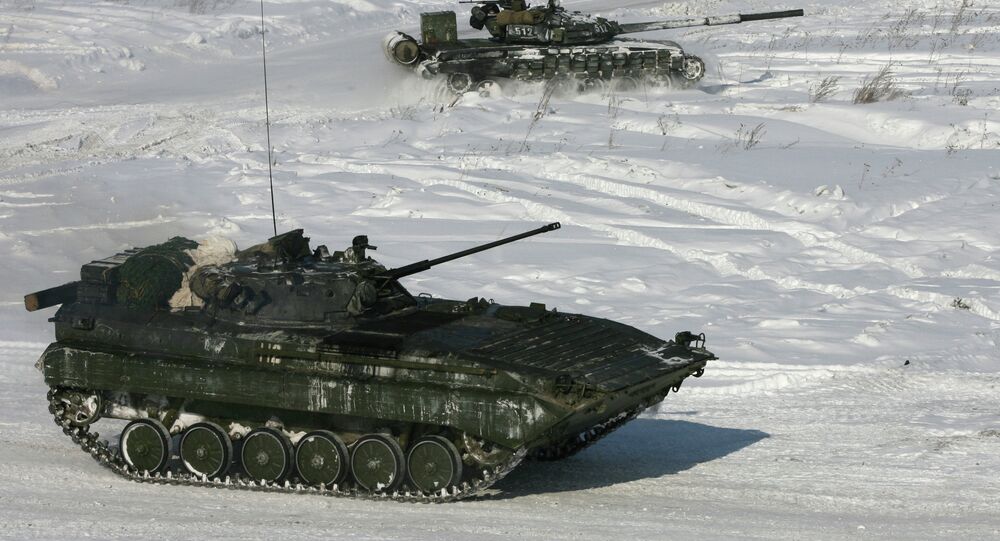 The Russian army's tank units on Sakhalin Island practiced nuclear protection and repelled an airborne landing party in an exercise.

"Other than conducting live fire exercises, servicemen practiced several emergency drills and introductory exercises in technical, engineering and medical training, as well as radiological-chemical-biological protection in the conditions of a quickly changing tactical situation, which allowed the formation's command to comprehensively evaluate the personnel's level of preparedness to complete military assignments."

© Sputnik / Ramil Sitdikov
Russian Commandos Use Tiger Combat Vehicles in Drill
According to the district's press service, during the exercises, tank formations received the assignment to destroy a tactical airborne landing party of an opposing force, which landed in the island zone and held positions using light armored vehicles. Over 300 servicemen took part in the exercises.
...
Reddit
Google+
Blogger
Pinterest
StumbleUpon
Telegram
WhatsApp
235