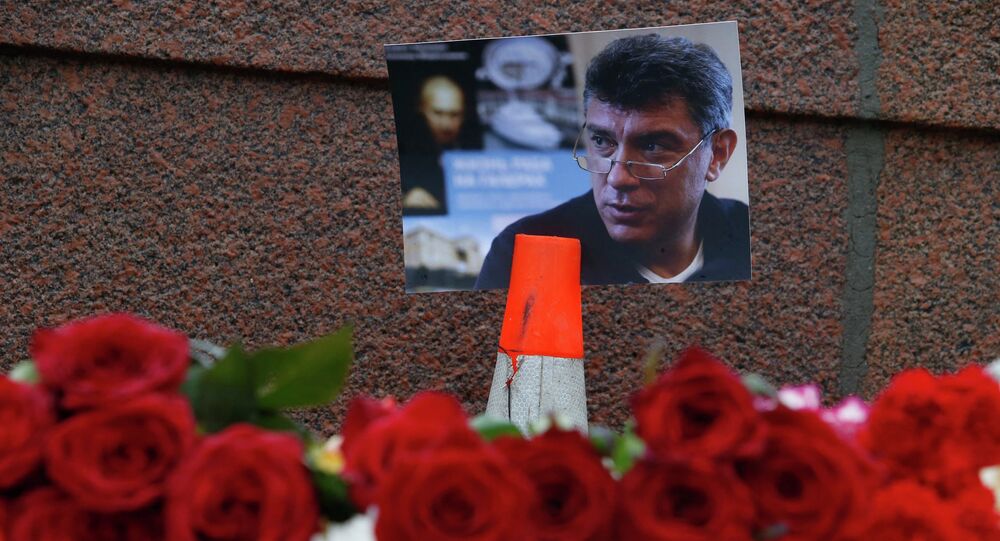 "The Investigative Committee seeks the arrest of five persons involved in the murder of Boris Nemtsov. The investigation is continuing," Vladimir Markin wrote on his Twitter page.

Zaur Dadayev and Anzor Gubashev were detained early Saturday in connection with Nemtsov's assassination. Later in the day, reports emerged that two more alleged accomplices from southern Russia's Caucasus region have been apprehended. One of the detained, according to the region's Republic of Ingushetia Security Council spokesman, was Gubashev's younger brother.

© Fotolia / bilderstoeckchen
Russia's Most Notorious Hitman Claims Nemtsov's Killers Were Amateurs
The spokesman added that Dadayev served as deputy commander of one of the Chechen Republic Ministry of Internal Affairs battalion units, while Gubashev worked in a private security firm in Moscow.