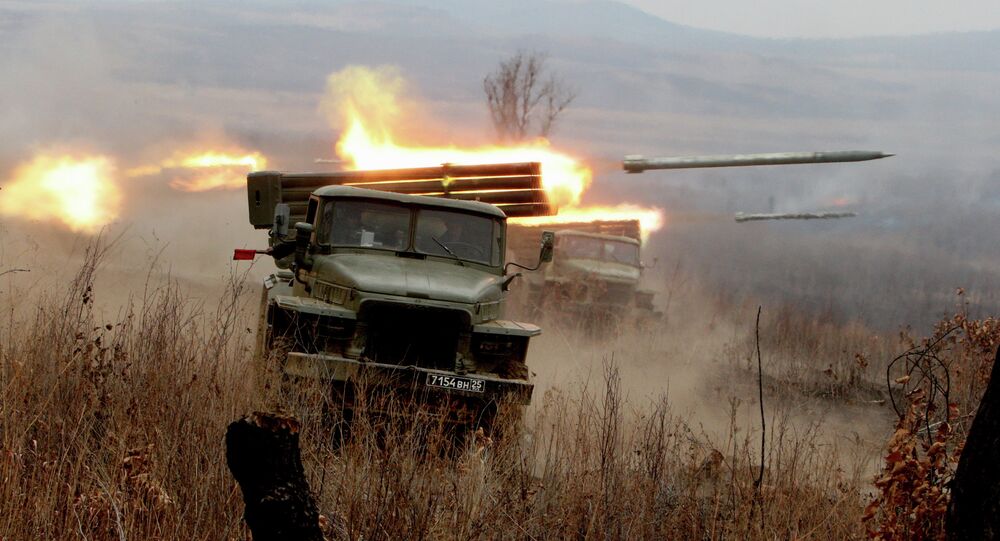 The Baltic Sea Fleet's gunners began exercises on Thursday which will involve the covert deployment of Grad multiple rocket launchers and self-propelled artilery.

vk.com
Killer Names: The Funny Side of Some of Russia's Most Lethal Weaponry
The emphasis of the training will be to practice covert movement of troops, deployment of military equipment after a march and inflicting artillery strikes on an opposing force at various distances.

The exercises, which began on Thursday, will last until the end of March. On Tuesday, the Baltic Fleet's coastal troops' rocket formations began exercises in Kaliningrad region.

The press service noted that the field exercises of the Baltic Fleet's coastal troops are conducted twice a year, and take about a month to complete. The field exercises will culminate with a tactical fire control exercise at the end of the month.