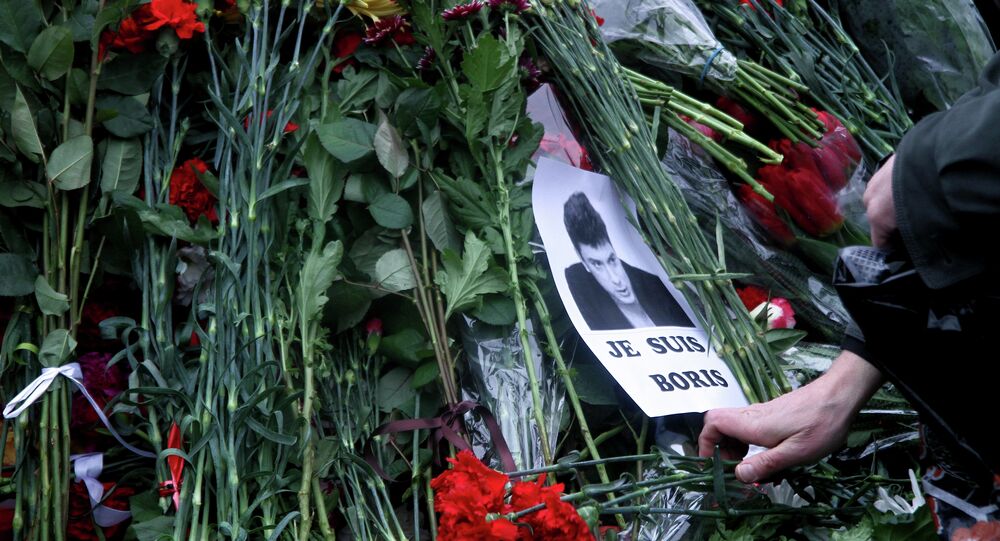 Several members from the Russian Presidential Council for Civil society and Human Rights will serve as monitors at the funeral march dedicated to the memory of recently-killed Russian opposition politician Boris Nemtsov.

© Sputnik / Vladimir Sergeev
Opposition Funeral March in Memory of Boris Nemtsov in Moscow Planned for March 1
MOSCOW (Sputnik) – According to a statement, posted on the council's website, six of its members will attend the Sunday march, monitoring the situation.

Nemtsov, who served as Russian deputy prime minister under the country's former President Boris Yeltsin in the 1990s and later turned into an opposition politician, co-chairing the RPR-PARNAS political party since 2012, was killed on Friday night when several shots were fired at him from a passing car in central Moscow.

Kremlin spokesman Dmitry Peskov announced on Saturday that Russian President Vladimir Putin had ordered the Investigative Committee, the Interior Ministry and the Federal Security Service to set up an investigative team to look into the murder of Boris Nemtsov.

Putin stressed that the murder was a provocation and that there was a high chance that it was a contract killing.

Nemtsov was shot one day ahead of the planned Vesna ("Spring") opposition rally scheduled to take place in the Russian capital on March 1.

On Saturday, co-chair of the RPR-PARNAS political party, Mikhail Kasyanov, announced that the rally would be turned into a funeral march in memory of Nemtsov.

Moscow authorities sanctioned the march later in the day. The event is expected to gather up to 50,000 people.