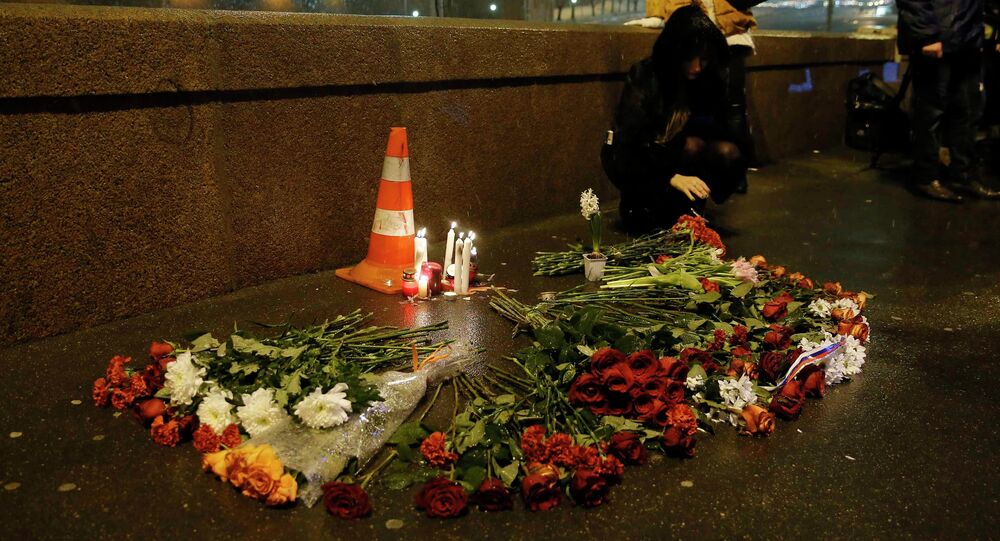 The murder of Russian politician Boris Nemtsov may be linked to to events in Ukraine, investigators say.

"The link to events in Ukraine is also under consideration. It's no secret that there are extremely radical figures on both sides of the conflict that obey no law," the committee said.

© REUTERS / Sergei Karpukhin
Who Mr. Nemtsov Was and Why He Was Killed
The Investigative Committee is also considering versions that may be connected to Nemtsov's business activities. All of the versions will be thoroughly checked, according to Markin.

The committee also stated that those responsible for the politician's murder supposedly knew about the route Nemtsov was going to take on the night of the murder and followed him.

Kremlin spokesman Dmitry Peskov said that the investigation into the murder of Nemtsov was of paramount importance and required patience.

Boris Nemtsov was 55 years old. In 1991, Boris Nemtsov was appointed the governor of the Nizhny Novgorod Region. He also was a former deputy prime minister in the Russian government under President Boris Yeltsin. Nemtsov co-chaired the RPR-PARNAS (Republican Party of Russia – People's Freedom Party) since 2012 and was also one of the leaders of the liberal Solidarnost movement. Since September 2013 and until his death, Nemtsov served as a member of the Yaroslavl Region's parliament.