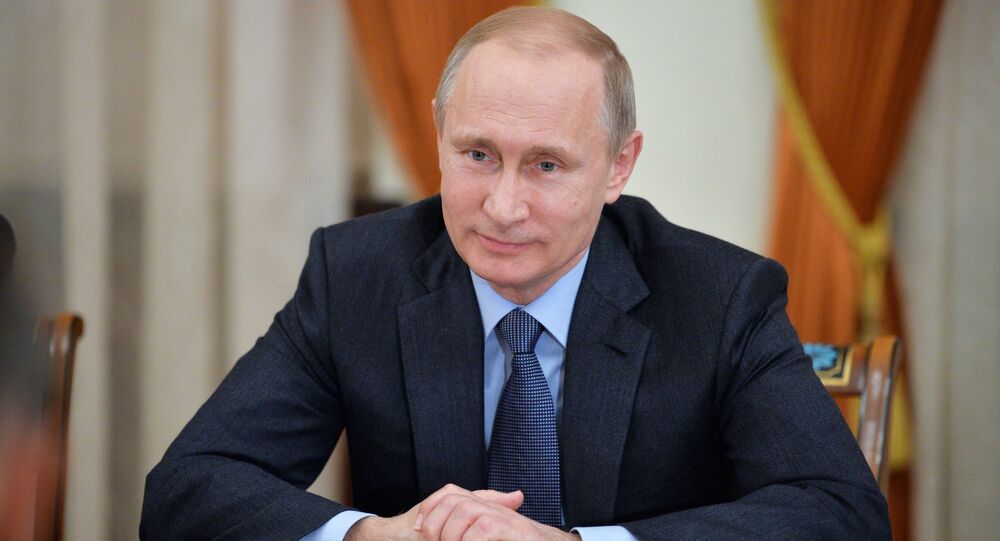 Putin Warns Kiev Against Blaming Territorial Losses in Donbas on Russia
Russian President Vladimir Putin's approval rating has jumped to 86 percent, a 17-percent increase since February 2014, according to a recent poll by the independent Levada Center, media reports said.

While the majority approved of Putin's presidency, 13 percent of respondents disapproved or refused to answer the question, according to the poll.
It also revealed that 59 percent of those polled currently trust Putin.

The Russian Lower House of Parliament's approval rating is 50 percent, with 48 percent of respondents disapproving of the MPs' activity, the poll revealed.

The survey was conducted from February 20 to February 23 among 1,600 people across 134 Russian cities.  The margin of error is about 3.4 percent.

The Levada Center is an independent non-governmental Russian polling and sociological research organization, which is named after its founder Yuri Levada, the first Russian professor of sociology.

Russia Will Find Adequate Response to Any Pressure From Outside – Putin