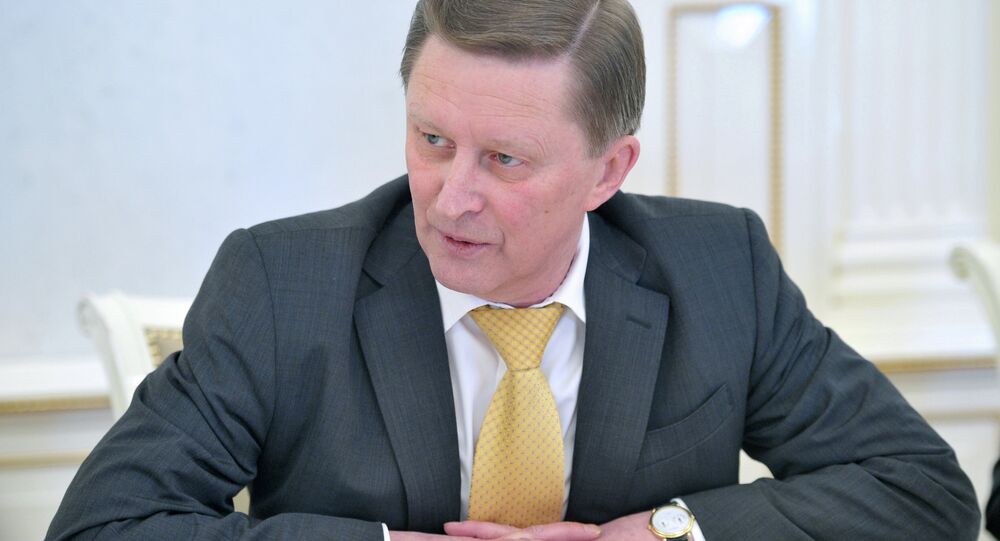 The Kremlin Chief of Staff underscores that bribery poses a direct menace to Russia's security and sovereignty. Russia will draw up a list of senior officials barred from using foreign bank accounts for national security reasons.

“Of course, corruption is a direct threat to the security and national sovereignty of Russia,” Ivanov said during a seminar for governors and regional mayors outside Moscow.

There have been accomplishments in Russia’s fight against corruption but the effectiveness of the anti-corruption work needs to be raised, Sergei Ivanov said.

“Undoubtedly there have been certain achievements over the last few years, and this pertains to the perfection of anti-corruption legislation and concrete practical measures that have pulled the rug out from under bribe takers and embezzlers of public funds,” Ivanov said.

The Russian government has identified graft as one of the country's most serious challenges, leading to tighter controls on officials. As a result, Russia's standing in global corruption ratings has slightly improved over the past few years, according to Transparency International.

The campaign led to tighter controls on Russian officials and triggered a wave of criminal cases against various government agencies over the past few years.

“We need to keep this pace and significantly heighten the effectiveness of all anti-corruption work,” Ivanov added.

Most notably, Russian Defense Minister Anatoly Serdyukov was sacked in 2012 after his administration was caught up in a graft scandal involving illegal sales of military-owned real estate worth over $130 million. He, however, was cleared personally of criminal negligence charges in 2014.

Ivanov said about 120,000 anti-corruption inquiries were opened in the first half of 2014. Some 5,000 government officials were held accountable, while around 200 officials were fired.

“A ban on opening or having an account in foreign banks, as well as owning or using foreign financial instruments has been placed on all state employees involved in decision-making and those who handle issues on sovereignty and national security. Whom exactly this concerns will be defined very soon,” Ivanov said.

Russian state workers at all levels of government should show their modesty and refrain from “living like a king,” the Kremlin Administration head underscored.

“Government employees of all levels should not live like kings. This is a half-forgotten phrase, but in my opinion, it’s the right phrase here. A personal example of irreproachable behavior and modesty should prevail,” Ivanov said.

Nearly half of all the tax declarations by Russian officials in 2014 contained mistakes and discrepancies, Kremlin Administration head Sergei Ivanov conveyed.

“I’m not saying that they were trying to hide something, no, just mistakes: something was forgotten or something was contradictory to what was shown. There should be focus, as they say in sports,” Ivanov added.

Ivanov said that when someone forgets to declare an apartment or estate, that is something totally different, though these instances also happen, but, he said, this is a separate category.

“Breaches [in tax declarations] were noted in regard to the demands of anti-corruption legislation, including not declaring information about property [ownership] abroad, and that, as you understand, is serious,” Ivanov said.