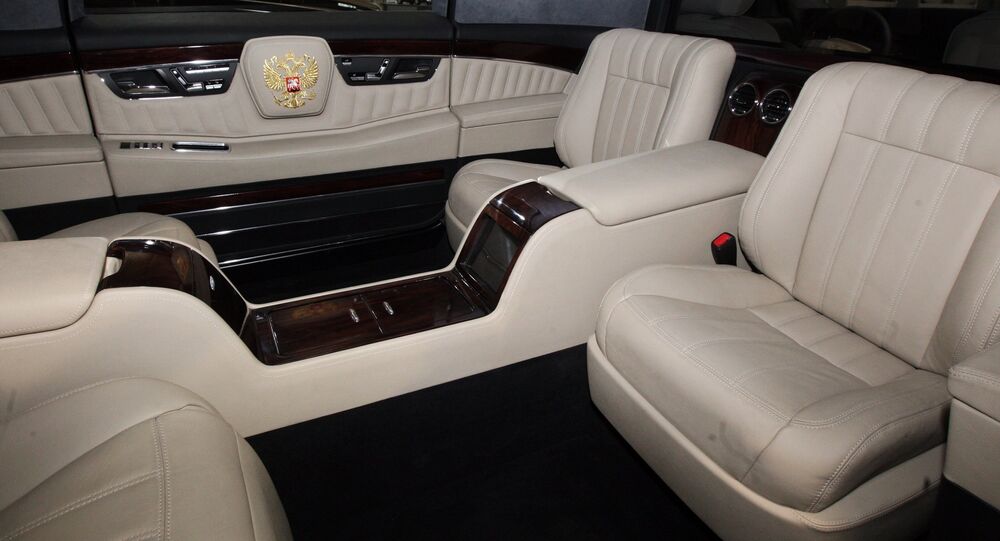 The Central Scientific Research and Engine Institute has been working with several Russian companies on a prototype for a new presidential limousine; the Russian automotive company Sollers JSC is slated to begin production in late 2017.

"This will be a big, heavy, six ton premium class vehicle, but will also be maneuverable and powerful…with an engine of about 800 horsepower, and most importantly, the safest car in the world," Borovkov says. The engineer is working with the Central Scientific Research and Engine Institute (Russian acronym NAMI), which has been tasked by Russia's Ministry of Industry with designing the multi-vehicle project.

Initial sketches and technical studies for the new limousine have been completed, and designers are now developing working on prototype designs for the limo, along with those for several other vehicles. The first prototypes of the sedans, SUVs, and minivans designed under the common modular platform known as the Cortege project will be released this year as well.

"In the design of the car body we have incorporated several fundamentally new design solutions which have been proven by numerous virtual tests…on the basis of mathematical models and computer technologies," Borovkov noted. The engineer added that the completed vehicles' assembly will be primarily automated, and will take place at the CRSEI.

© Photo : ladavesta.net
AvtoVaz to Release Test Batch of New 'Vesta' Model Next Week
Borovkov also pointed out that St. Petersburg Polytechnic University and CSREI have been working with domestic companies with international experience in body design, including CompMechLab. He noted that "this interaction allows us to organize the transfer of science-intensive technologies…Some parts designed in the Engineering Center on the basis of bionic design and methods of topology optimization weigh 2-2.5 times less than if we had used traditional design approaches."

The Cortege project, which has been in development since 2013, includes plans to release business and luxury-class SUVs, minivans, sedans and limousines along a common modular platform. The project is designed to help create a modern, domestic manufacturing base for Russia's light automotive industry. The total expected cost of the project is about 20 billion rubles ($343 million US).

Beginning in 2017, the project is expected to produce 40,000 vehicles; the cost of the new vehicles will range from 1 million rubles ($17,150) to 20 million rubles ($343,000). The president's new limousine is expected to be delivered in September 2017. Only about five percent of the total number of the manufactured vehicles are set to be used by top officials; modified variations are also expected to be widely released for purchase by the public.