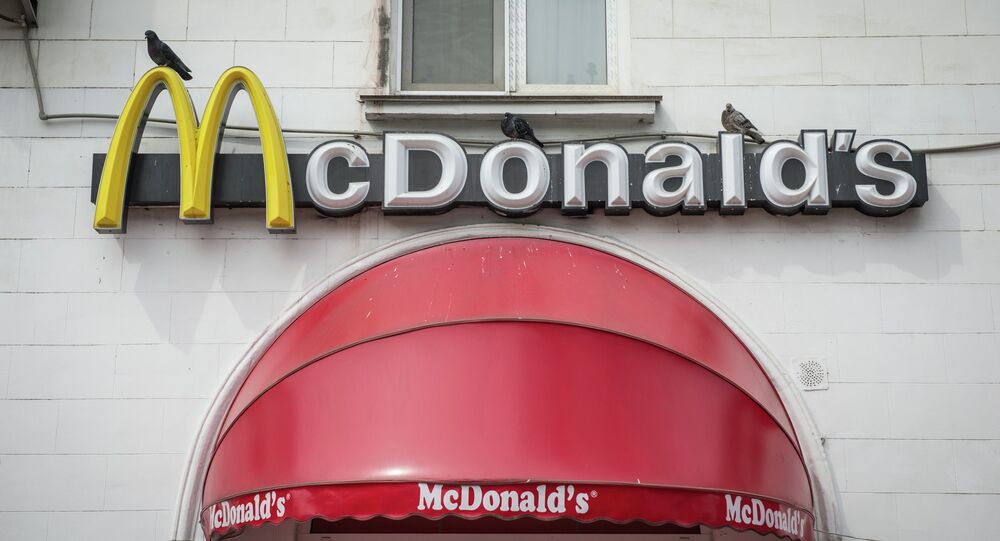 Muscovite Takes McDonalds to Court Over 'Stench' of French Fries

A Moscow man has taken a local McDonald's restaurant to court, complaining of unpleasant odors emanating from the restaurant during the day and noisy food deliveries at night.

© Sputnik / Yury Abramochkin
Russia’s First Ever McDonald’s Restaurant Reopens on Time
MOSCOW, January 17 (Sputnik) — A court in the north of Moscow has taken up the legal complaint of a Moscow man against a McDonald's restaurant over the unpleasant odors emanating from the restaurant, LifeNews reported on Saturday.

60-year-old Mikhail Polyanskiy filed his complaint at the Tver District Court, demanding that the restaurant, located on the first floor of the residential building in which he lives, takes measures to eliminate the leak of the unpleasant odors resulting in the process of cooking, and to stop night deliveries disrupting residents' ability to get a good night's rest.

"The smell of the frying is nauseating. It smells in our apartment like it does in the [restaurant] itself. We have a common vent pipe. How is this acceptable? Why should we have their smells in our homes?," Polyanskiy said, according to Echo Moskvy. He added that "in the summertime it's just impossible to live."

The local restaurant, which was built into the residential building in the year 2000, has ignored Mr. Polyanskiy's complaints, and says it is ready to go to court. The court is set to look into the complaint later this month. Mr. Polyanskiy had earlier appealed to Rospotrebnadzor, Russia's consumer protection agency, and to the local prosecutor's office, but was rejected, Komsomolskaya Pravda has explained.

© RIA Novosti . Andrey Iglov
Half of Russians Want McDonalds Closed
Last summer, nearly a dozen McDonald's restaurants across Russia were forced to close temporarily to resolve food safety and sanitary violations. Russian inspectors carried out inspections at over 200 of the restaurant's 451 restaurants in the country. A poll conducted last October found that nearly half of Russians were in favor of closing the entire chain permanently, while a third of respondents objected to the idea.
...
Reddit
Google+
Blogger
Pinterest
StumbleUpon
Telegram
WhatsApp
125