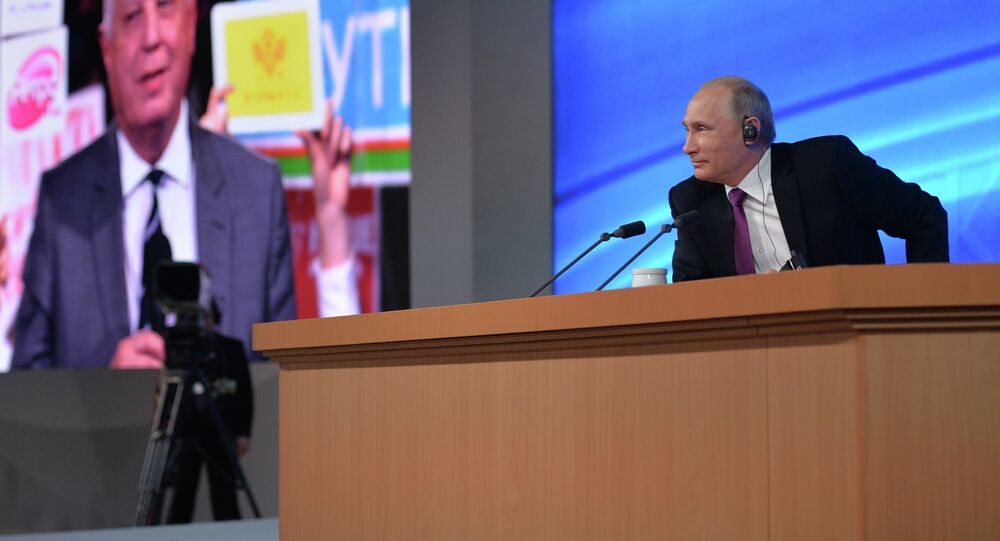 Vladimir Putin said the charges against billionaire Vladimir Yevtushenkov had been lifted as investigators could not prove his involvement in money laundering.

“Investigators failed to prove this fact, so this group of charges against him was lifted,” the Russian leader said.

Putin said he invited Yevtushenkov, who was released from the house arrest late on Wednesday, to his upcoming annual meeting with Russian business leaders.

Yevtushenkov, the chairman and co-owner of the Russian oil-telecoms-retail conglomerate AFK Sistema, was arrested on September 16 over his suspected involvement in money-laundering.

Prosecutors were investigating Sistema's 2009 acquisition of shares in Russia's Bashkortostan REPUBLIC oil company Bashneft. It is suspected that the shares were acquired at deliberately reduced prices, with a "discount" of $500 million. Sistema repeatedly stated that the allegations were false.

© Sputnik / Evgeni Biyatov
Court Extends House Arrest of Sistema's Yevtushenkov to March 16
Following the lawsuit filed by the Prosecutor General, on October 30 the Moscow Arbitration Court seized 71.6 percent of shares from AFK Sistema and its subsidiary firm and handed them over to the government.

On November 14, the Basmanny Court in Moscow extended Yevtushenkov's house arrest to March 16, 2015, after finding no reason to let the businessman out on bail or under personal guarantee.

Yevtushenkov's defense tried to challenge the decision but later revoked its appeal from the Moscow City Court without specifying the reasons behind the decision to do so.

On December 17, Yevtushenkov's lawyer Vladimir Kozin told RIA Novosti that the billionaire had been released from house arrest under personal guarantee.

Putin: No One Has Right for Extrajudicial Executions