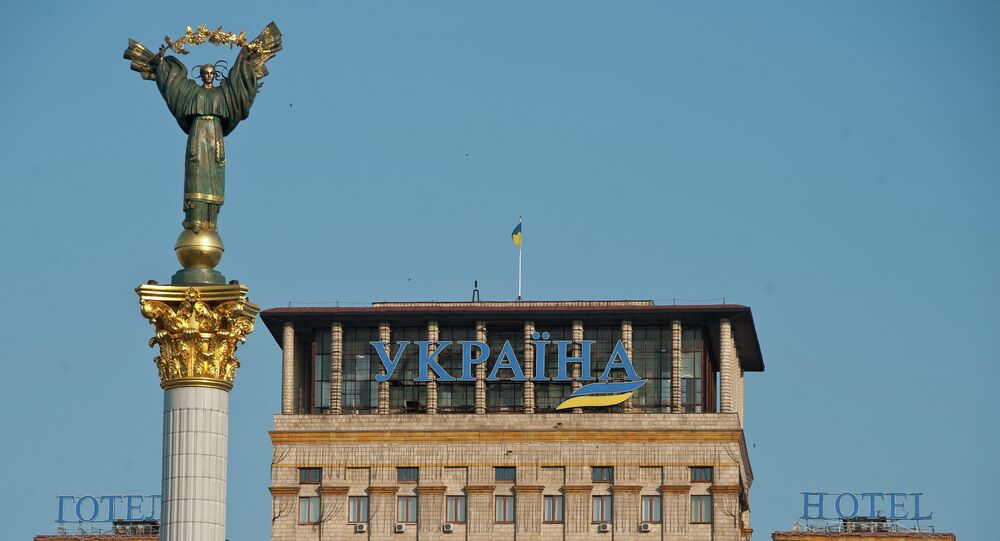 In an op-ed published in Russian newspaper Nezavisimaya Gazeta on Monday, Russian Prime Minister Dmitri Medvedev stated that Ukraine's ongoing military campaign and economic blockade of Donetsk and Lugansk is a sign of Kiev's failure to take responsibility for governing the war-torn regions.

MOSCOW, December 15 (Sputnik) — Russian Prime Minister Dmitri Medvedev noted in an op-ed for Nezavisimaya Gazeta on Monday that Ukraine’s economic blockade of its breakaway eastern regions proves its unwillingness to take responsibility for governing them.

Medvedev commented that "Ukrainian authorities —if they truly consider the eastern territories to be Ukrainian, must understand that the return to conditions of normal life there is primarily their responsibility."

The Prime Minister added that "Kiev, judging by its latest steps, has shown that it is not ready to take responsibility for the eastern regions. It is so far from being ready to do so, that [Donetsk] and Lugansk have ended up in an economic blockade, which the country's central authorities have declared upon its own citizens. Is it not enough that civilians are being shot at by their own countrymen? Is it also necessary to economically destroy…entire regions? This is an unprecedented case."

"The [Ukrainian government] order to cease the activity of government organizations, to remove property and documentation, to terminate the services of banks for enterprises and individuals, which deprives people of all sources of livelihood – has this order been issued with the hope that hunger and poverty will make the residents of the eastern regions more pliant? Apparently, this is how Kiev understands the process of peaceful settlement. This, of course, is the 'strong' argument for eastern Ukraine, aimed at convincing it to move along the European path along with the rest of the country," Medvedev added.

The Russian Prime Minister published his remarks in an article titled "Russia and Ukraine: Living by New Rules", in the independent newspaper Nezavisimaya Gazeta December 15, ahead of a meeting between Ukrainian Prime Minister Arseniy Yatsenyuk and EU authorities in Brussels.

Medvedev: EU Not Willing to Treat Ukraine as Equal Partner

Medvedev: 'Russia Has Experienced Tragic Events in Ukraine as Our Own Pain'