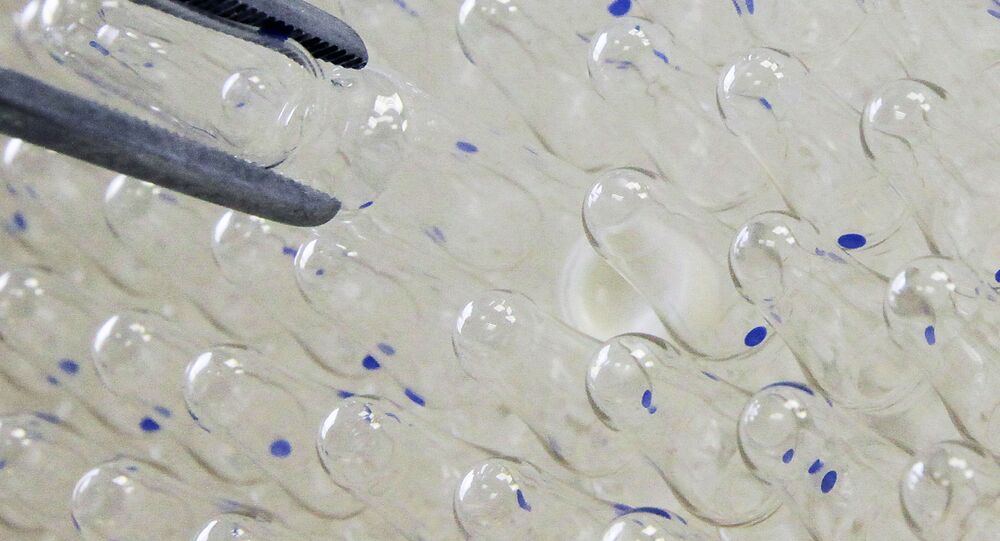 Four Russian vaccines against the Ebola virus will be ready for trials in February 2015, Health Minister Veronika Skvortsova announced.

"We started developing the rest not long ago, when the outbreak was at its peak. We expect them to be ready for trials in February 2015,” she said.

Ebola is transmitted through direct contact with the bodily fluids of those infected. Although there is no officially approved medication for the virus, several countries are working on trial vaccines.

Earlier in November, White House has congratulated US developers on the first tests of a trial Ebola vaccine, which proved to be highly effective.

The current Ebola epidemic started in southern Guinea in December 2013 and soon spread to Liberia, Sierra Leone, Nigeria and Senegal. The last two countries recently have been declared free of the virus.

According to the latest data released by WHO on December 3, the number of confirmed, probable, and suspected cases of Ebola has exceeded 17,000 with more than 6,000 killed by the virus.

Ebola Vaccine May be Used in West Africa by January 2015: WHO