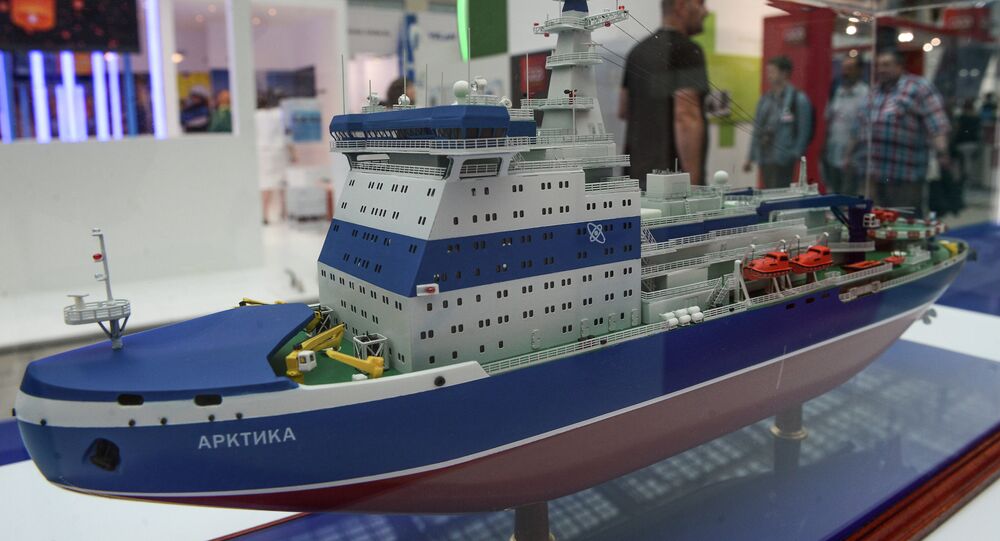 The first LK-60 icebreaker, the largest of its kind to date, is being constructed at Russia's Baltiysky Zavod shipyard. Built to navigate through ice up to almost three meters (10 feet) thick, the icebreaker's construction began in 2013 and is expected to launch no later than 2017.

Mashinostroitelny Zavod, specializing in production of fuel elements for VVER-440, VVER-1000, RBMK-100 and BN-600 nuclear power reactors, will construct a new RITM-200 reactor developed by Rosatom's OKBM Afrikantov, for the Arktika class icebreaker. It will use 20 percent enriched uranium-235.

Russian Nuclear-Powered Icebreaker with Two Reactors in the Works

Arctica-2012 Expedition Aboard a Nuclear Icebreaker