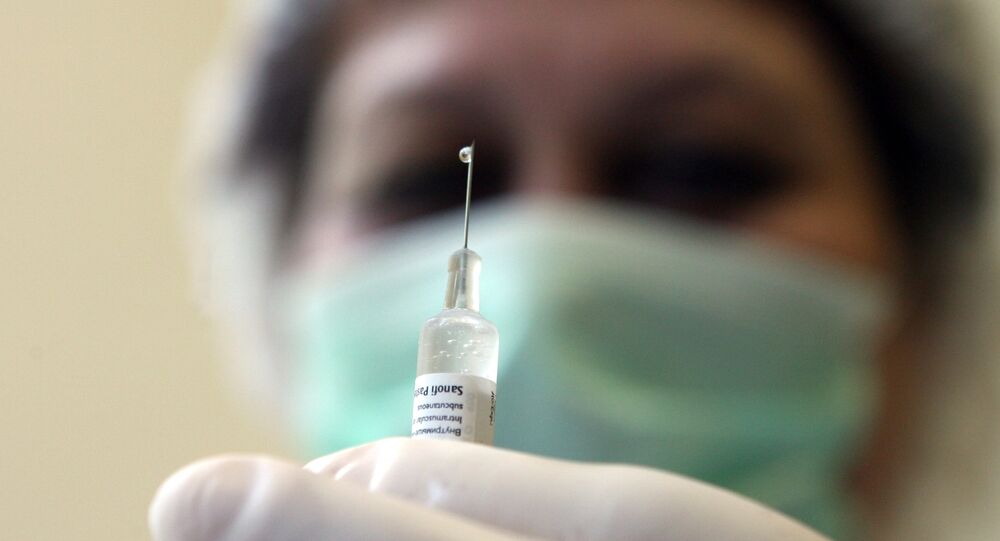 The spokesperson of the Russian Health Ministry said that the country will soon begin testing Ebola drugs developed by its Research Institute of Influenza.

“Russia has also developed drugs, which are showing very promising results in relation to treating the Ebola virus,” Salagai said.

“In particular, a group of scientists of the RII of the Ministry of Health developed the drug Triazavirin, that has shown high effectiveness in Lassa fever, which is very similar to Ebola,” he added, saying that field tests were scheduled to begin in West Africa.

On Tuesday, Japan’s Fujifilm Holdings Corp confirmed that it was waiting for an international license for its Avigan drug to be used for treating Ebola from January 2015. The drug was developed and approved to treat influenza in Japan earlier this year.

According to the Kyodo news agency, clinical testing of the drug will take place in France and Guinea in November with the permission of the governments, and the results will be available at the end of the year.

The current Ebola outbreak started in southern Guinea at the end of 2013 and soon spread to Liberia, Sierra Leone, Nigeria and Senegal. The latter two countries have recently been declared free of the virus.

The most recent estimates by the World Health Organization (WHO) indicate that the virus has claimed the lives of 4,960 people in eight countries.