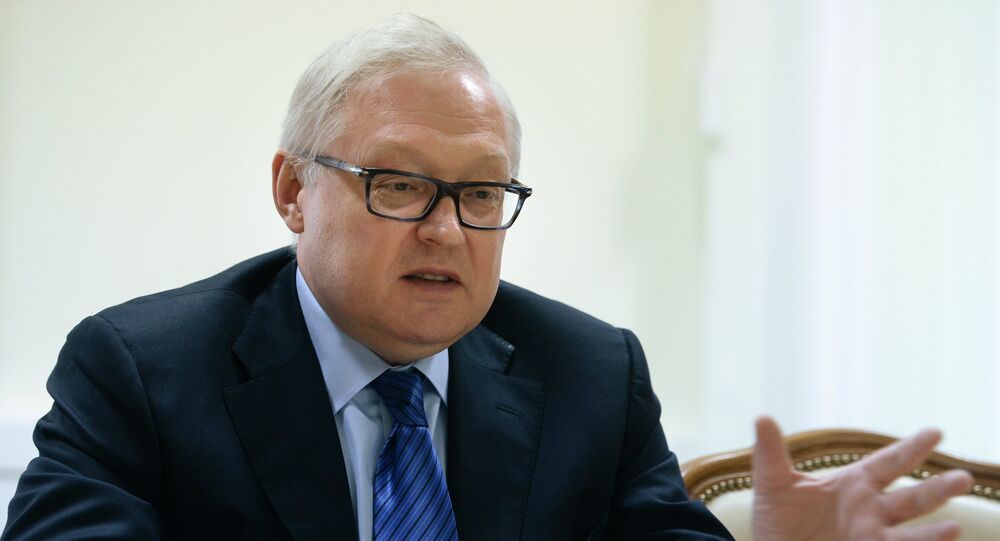 Russia remains committed to the schedule of nuclear fuel deliveries to Iran, according to the head of Moscow's delegation at the nuclear talks with the Islamic Republic Sergei Ryabkov.

MUSCAT, November 11 (RIA Novosti) – Russia is committed to its obligations to deliver fuel for Russian nuclear reactors in Iran, Russian Deputy Foreign Minister Sergei Ryabkov said after a round of nuclear talks with Iran Tuesday.

“As before, the Russian side remains committed to the schedule of nuclear fuel deliveries from Russia. Russian reactors can and should run solely on Russian fuel,” said Ryabkov, who heads Moscow’s delegation at the nuclear talks with the Islamic Republic.

According to Russia's Rosatom nuclear agency, the construction of new energy blocks, including the delivery of equipment and fuel, will be under the guarantees of the International Atomic Energy Agency (IAEA) and in compliance with the Treaty on the Non-Proliferation of Nuclear Weapons (NPT).