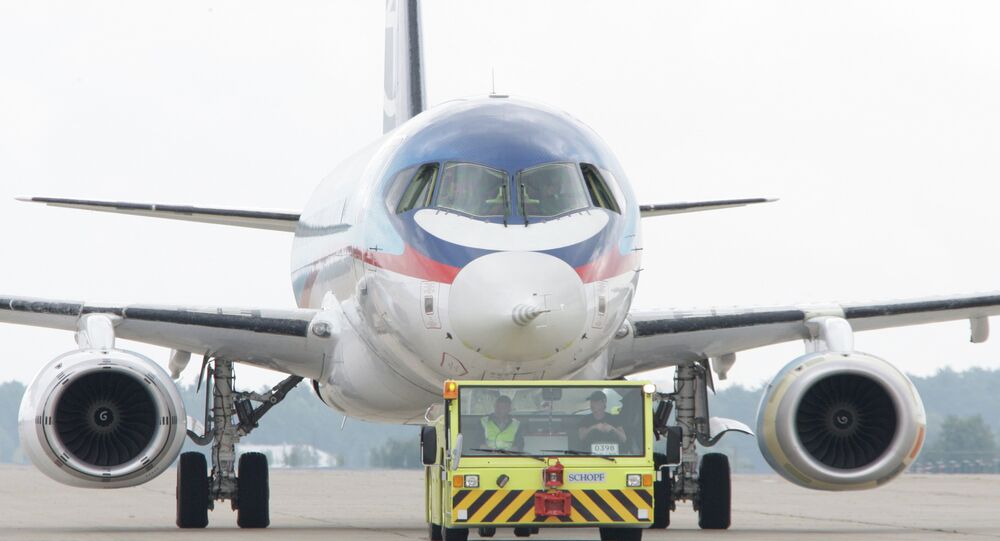 Russia will double its production of the Sukhoi Superjet-100 beginning in 2015 from 25 to 50 per year, Russian Deputy Prime Minister Dmitry Rogozin said Monday.

“We believe it’s extremely important to launch the production of the Sukhoi Superjet-100. At least 50 planes can be produced per year starting from 2015,” Rogozin said during a meeting with Russian Prime Minister Dmitry Medvedev.

Rogozin added that Russia currently builds only 25 Superjet-100s per year.

A number of key Russian oil and defense industry companies and banks and are to become subject to a new round of economic sanctions due to be imposed by the European Union Tuesday, The Wall Street Journal reported Monday, citing EU documents.

Nine companies, producing equipment for the Russian army, including Kalashnikov, Sirius and Stankoinstrument, will reportedly no longer be able to purchase dual-use technology (with possible military applications) from the EU member nations.

Late Friday, a number of European politicians said the European Union would announce its final decision regarding new economic sanctions against Russia on Monday.

The first round of sanctions against Moscow was introduced by the United States and the European Union in March, following Crimea’s reunification with Russia, which the West considers illegal, and Russia claims to be fully legitimate.