A Proton-M carrier rocket with a US telecoms satellite will lift off on Sunday from the Baikonur space center in Kazakhstan, Russia’s space agency Roscosmos said.

MOSCOW, October 20 (RIA Novosti) – A Proton-M carrier rocket with a US telecoms satellite will lift off on Sunday from the Baikonur space center in Kazakhstan, Russia’s space agency Roscosmos said.

“The launch of Proton-M carrying the Sirius FM-6 satellite has been scheduled for 10.13 pm Moscow time [18:13 GMT] on October 20,” a Roscosmos spokesman said Saturday.

“The separation of the satellite from the Briz-M booster is expected at 07.24 am Moscow time [03:24 GMT] on Monday,” the official added.

It will be a second Proton mission after a launch failure in July when a Proton-M rocket carrying three satellites for the Glonass positioning system, Russia’s answer to the GPS, crashed in a ball of flames, seconds after blasting off from Baikonur.

Sirius FM-6 is a high-power geostationary satellite built by Space Systems/Loral for SiriusXM, America’s largest radio broadcaster measured by revenue and one of the world’s largest pure-play audio entertainment companies. 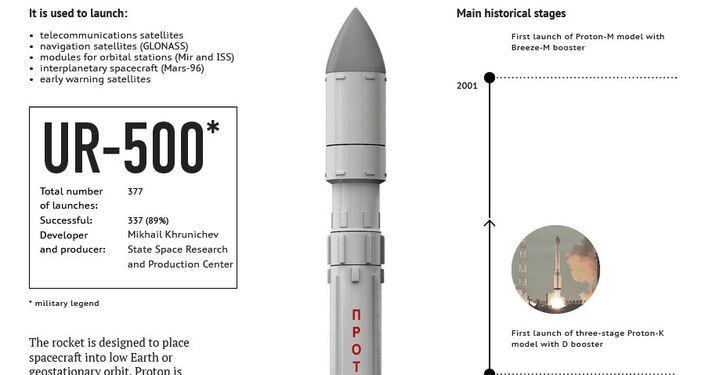 The six-ton satellite, which has a service life of 15 years, “will help with the delivery of commercial-free music, and premier sports, news, talk, entertainment and Latin programming, traffic and weather to more than 25 million subscribers,” according to International Launch Services (ILS), the operator of Proton launches.