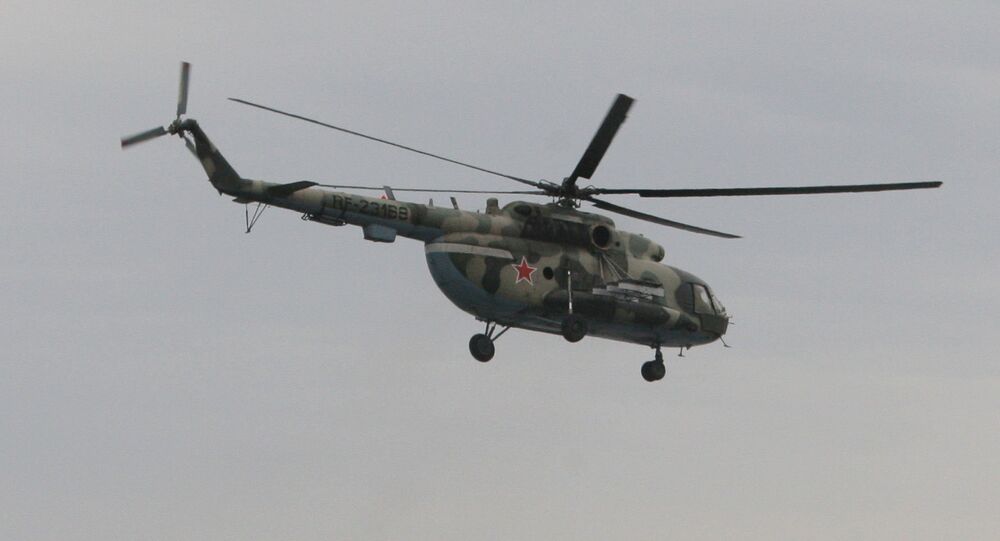 South Sudan’s army apologized for downing a UN helicopter as soldiers mistook it for an aircraft that was supplying arms to rebel forces, Philip Aguer, a spokesman for the military, said on Saturday.

KHARTOUM, December 22 (RIA Novosti) - South Sudan’s army apologized for downing a UN helicopter as soldiers mistook it for an aircraft that was supplying arms to rebel forces, Philip Aguer, a spokesman for the military, said on Saturday.

A Mil Mi-8 helicopter was shot down on Friday while it was on a reconnaissance flight in South Sudan’s eastern state of Jonglei, UN said in a statement. All four Russian crew members on board of the helicopter were killed.

“The army opened fire since the UN mission did not answer a request from the military and did not confirm that it was their helicopter. Having seen a landing helicopter in the distance, soldiers decided it was a Sudanese aircraft with weapons for rebels fighting under the command of [David] Yau Yau,” Aguer told RIA Novosti.

South Sudan’s armed forces, known as the Sudan People's Liberation Army (SPLA), said earlier that the helicopter was shot down by rebels of Yau Yau.

“We regret the incident and extend our condolences to families of killed crew members,” Aguer added.

UN Secretary General Ban Ki-moon condemned the attack on a “clearly marked UN helicopter,” and urged the government of South Sudan to “immediately carry out an investigation and bring to account those responsible for this act,” his spokesman said in a statement.

The United States expressed its condolences to families of the crewmembers killed in the attack as well as to the government of Russia and also urged a thorough investigation into the incident.

“We also call on the Government of South Sudan to fully investigate the incident, hold those responsible to account, and take steps to ensure that UN staff are protected from incidents like this in the future,” the US Department of State said in a statement.

The UN Mission in South Sudan (UNMISS) was established in July 2011 when South Sudan gained its independence, becoming the newest country in the world, because the UN Security Council concluded that the situation there could pose risks to international security.

South Sudan’s army has been fighting rebel forces in Jonglei, including in the region where the helicopter was downed, since early December.