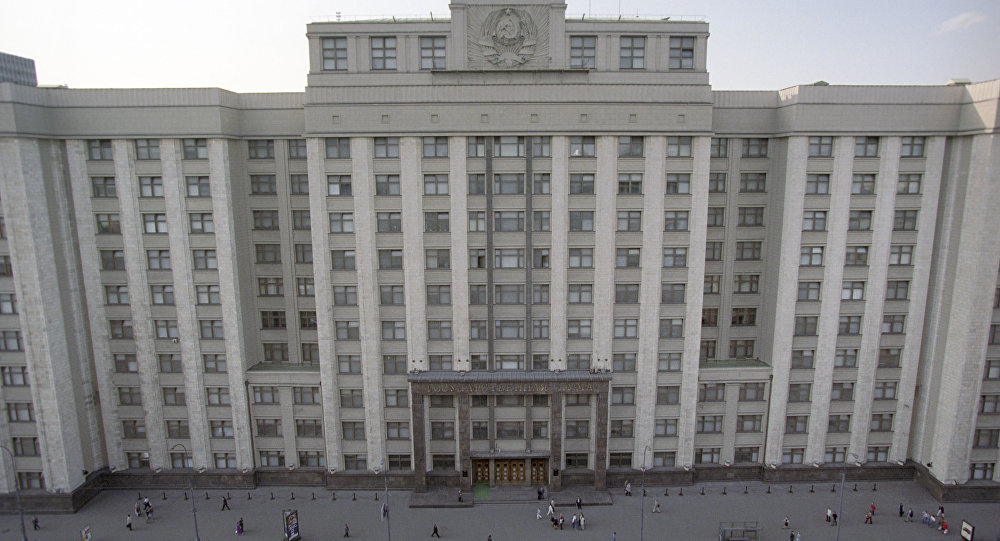 Russia’s lower house of parliament approved on Friday in its first reading a controversial bill that would force non-governmental organizations (NGOs) funded from abroad and engaged in political activity to declare themselves “foreign agents."

Russia’s lower house of parliament approved on Friday in its first reading a controversial bill that would force non-governmental organizations (NGOs) funded from abroad and engaged in political activity to declare themselves “foreign agents."

The draft law has met with fierce opposition from critics who say the term “foreign agent” is a near synonym for “spy’ in Russian and would lead to the discreditation of human rights groups.

NGOs would also have to publish a biannual report of their activities and carry out an annual financial audit. Failure to comply with the law could result in four-year jail sentences and/or fines of up to 300,000 rubles ($9,200) for members.

A Kremlin source told RIA Novosti earlier this week that the law could be approved by both houses of parliament this month and enter into force this fall.

The country’s oldest rights organization, the Moscow Helsinki Group, has said it will close down its offices rather than comply with the law. Russia’s Public Chamber also said on Thursday that it would not support the bill - which has also been criticized by the Kremlin’s own rights council - in its current form.

President Vladimir Putin said earlier this year that the United States was pumping millions of dollars into NGOs to try to influence the results of elections in Russia.

The bill was proposed by United Russia lawmaker Alexander Sidyakin, the author of recent legislation that sharply increased fines for violations of regulations governing protests.

“There is an entire network of NGOs whose financing is suspicious from the point of view of its provider,” Sidyakin said in a statement on the United Russia website this week.

But Sidyakin rejected allegations that the term “foreign agent” was associated by most Russians with espionage in an exclusive interview with RIA Novosti on Thursday.

“I think the idea that ‘foreign agent’ means ‘spy’ is more of a hangover from the Soviet period in which our parents grew up,” he said. “I don’t think younger generations see the expression this way. We should try to get over Cold War terminology. I believe there is nothing insulting in this term.”

Read the interview with Alexander Sidyakin >>

Sidyakin singled out the independent election monitor Golos as an example of what he said were attempts by the United States to “affect Russian politics,” citing at a parliamentary committee hearing on Wednesday the “$2 million given to the organization in 2011 to dirty the Russian authorities.”

Golos, which monitors alleged election violations in Russia, freely admits to receiving funding from abroad and members have said Russian businessmen are afraid to donate for fear of repercussions.

Veteran human rights activist Lev Ponomaryov, of the For Human Rights organization, told RIA earlier this week the proposed law was an attack on the entire Russian civil liberties movement.

“This is a liquidation of the human rights movement in Russia.” Ponomaryov said. “We will not obey this law if it is adopted. We will not register as foreign agents.”

Moscow Helsinki head, Lyudmila Alexeyeva, said this week she would appeal to the U.S. Congress and the European parliament to add the authors of the bill to a visa blacklist drawn up in connection with the death of lawyer Sergei Magnitsky in a Moscow pre-trial detention center in 2009.

The move saw United Russia deputies sign up en masse to become co-authors of the bill.

U.S Secretary of State Hillary Clinton reportedly discussed the law with members of Russian NGOs while on a visit to St. Petersburg last week.