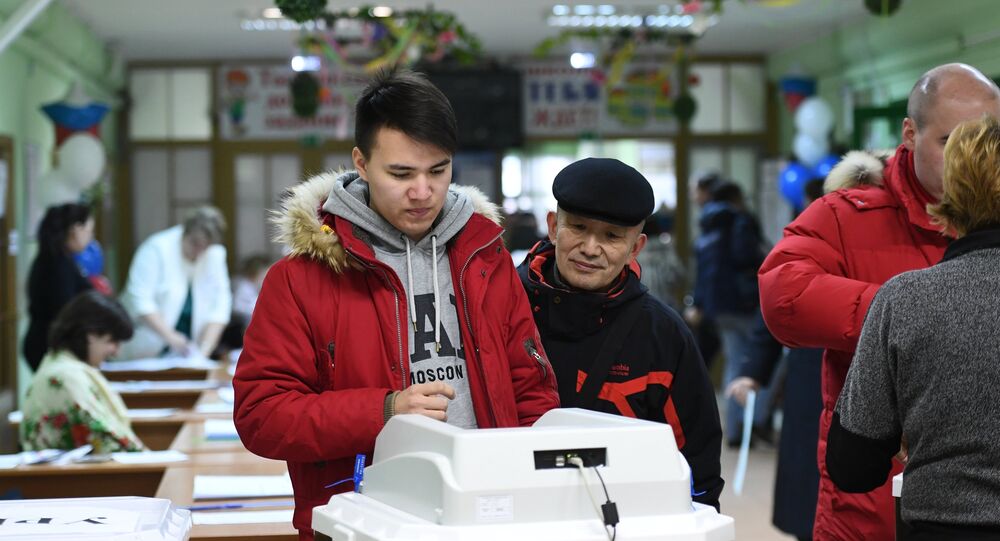 WASHINGTON (Sputnik) - Russian voters in the United States told Sputnik on Sunday that they were hopeful that the situation in Russia would continue getting better after the presidential election.

Svetlana Boytsova, 59, who lives in the US state of Indiana, and her mother Ksenia Boytsova, 86, have come to the US capital especially to take part in the election.

"I missed the early voting in Chicago, and now came to Washington to vote. I want my Russia to continue to be more successful, and not to collapse like it happened in the 90s…. It is getting better there and I hope it will continue. Maybe my children will be able to return to the motherland. I also want to die in my motherland," Boytsova, who has lived in the United States for 25 years, said.

"I would like Russia to have progress at the very high level. I would like the living conditions for our people to get even better, so that they live and be happy," she said.

Tatyana Fedorova, 66, was born in Leningrad and now lives in Maryland.

"I came to vote because my soul lives in Russia where I was born. I have come with hope… I want Russia to keep rising…. I promise to return to Russia when I retire," Fedorova said.

For Baurov Maxim, 18, who is currently residing in Washington, this election is the very first one.

© CC BY-SA 2.5 / Asiir / Embassy of Russia in Washington DC
'No Violations': Voting in Russian Embassy in US Well Organized - Observer
"I hope that with my vote will change something," he said.

Several hundred people have already cast their ballots in Washington.

The voters are treated with some Russian sweets, coffee and tea. The embassy also prepared souvenir mugs for the voters.

On Sunday, Russian citizens are voting worldwide in the presidential election. In the United States, the voting is also organized in Houston (Texas), Seattle (Washington) and Portland (Oregon).