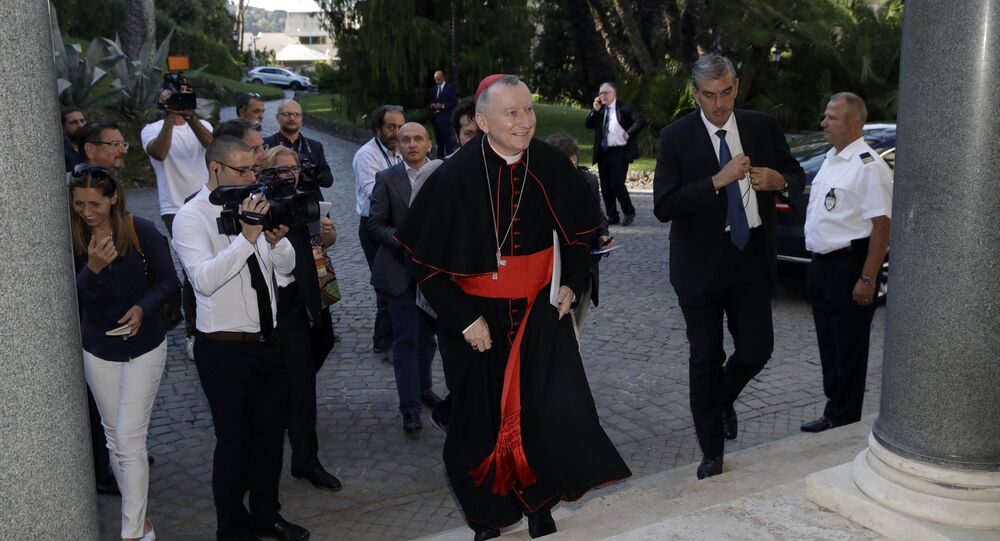 Vatican Secretary of State Pietro Parolin on Sunday told Sputnik that during his visit to Russia, due to start Monday, he would touch upon the situation in the Middle East, Ukraine and South Caucasus when meeting senior Russian officials and Orthodox Church clergy members.

VATICAN CITY (Sputnik) — Parolin is arriving in Russia on Sunday and will leave on Thursday. He scheduled to meet with Russian President Vladimir Putin, Foreign Minister Sergey Lavrov and Russian Orthodox Patriarch Kirill.

"Special attention could be paid to some of these [international issues], especially to those where Russia is directly involved. It refers to the Middle East, in particular, the tragedy which Syria, Iraq and some other countries of this region are going through. And the topic which highly concerns Europe, the conflicts on the continent, starting from the conflict in Ukraine and unresolved situations in the South Caucasus," Parolin said.

The state secretary noted that the list of tense international conflicts is long, so not all of them would be discussed during his visit. He added that a possible visit of Pope Francis to Russia would not be on the agenda of his talks.