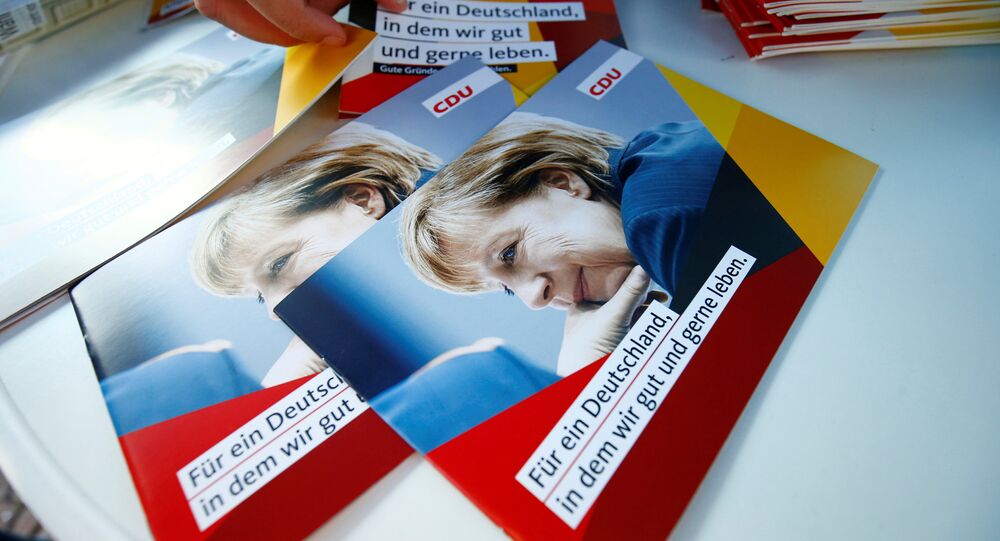 Conservative bloc of Christian Democrats (CDU) and the Christian Social Union (CSU) is projected to gain 37 percent at the upcoming general elections in Germany, while the Social Democratic Party (SDP) enjoys the support of 25 percent of Germans, according to the poll.

MOSCOW (Sputnik) – German Chancellor Angela Merkel’s conservative bloc, made up of the Christian Democrats (CDU) and the Christian Social Union (CSU), holds a 12-percent lead over the Social Democratic Party (SDP) and enjoys the support of 37 percent of Germans, a fresh poll revealed on Tuesday.

According to the INSA poll, the SPD is projected to gain 25 percent at the upcoming general elections. The public support both for the CDU/CSU and the SPD remained unchanged since August 8.

© AFP 2021 / Tobias SCHWARZ
Merkel's Approval Rating Falls 10 Points to 59% Ahead of Parliamentary Election - Poll
The poll also demonstrated that 10 percent of the respondents would vote for the right-wing Eurosceptic Alternative for Germany (AfD) party. The Left party and the liberal Free Democratic Party (FDP) each gained 9 percent of the potential vote.

The Green Party is set to receive 7 percent of the public support, according to the survey.