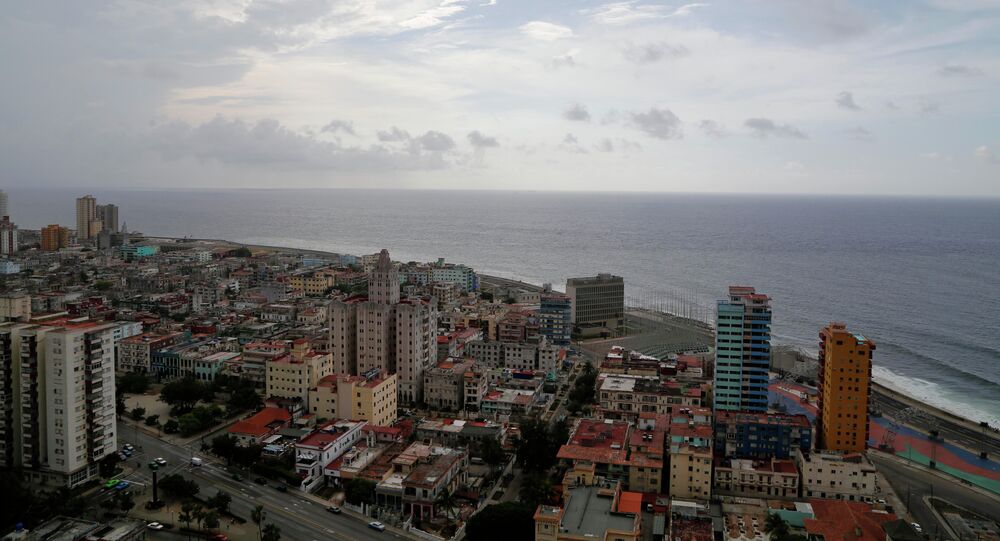 The European Parliament endorsed the European Union's first-ever political and economic cooperation deal with Cuba on Wednesday, with 567 votes in favor of and 65 opposing the move, the parliament’s press service said.

© REUTERS / Javier Galeano
'Absolutely No Chance' of Cuba Making Concessions in Face of Trump Sanctions
MOSCOW (Sputnik) — The agreement should now apply on a provisional basis across the EU competency, though the accord still requires ratification by all the EU member states, the press release said.

"By 567 votes to 65, with 31 abstentions, MEPs backed the Political Dialogue and Cooperation Agreement (PDCA) between the EU and Cuba to expand bilateral trade, promote dialogue and economic cooperation, and provide for joint action on the world scene," the statement said.

Although the US embargo against Cuba was not mentioned, the members of the European Parliament declared they were opposed to "laws and measures with extraterritorial effect," according to the statement.

The deal should contribute to improving living conditions of Cubans, yet the Cuban government should align its human rights policy with international standards, the members of the European Parliament added.

Brussels began negotiations on the deal with Cuba in April 2014, and the agreement was signed in December 2016 by EU foreign affairs chief Federica Mogherini.

In June, US President Donald Trump announced additional restrictions on the US economic relations with Cuba, going back on some of the deals made by the Barack Obama administration within the Cuba ties normalization process of 2014-2016.