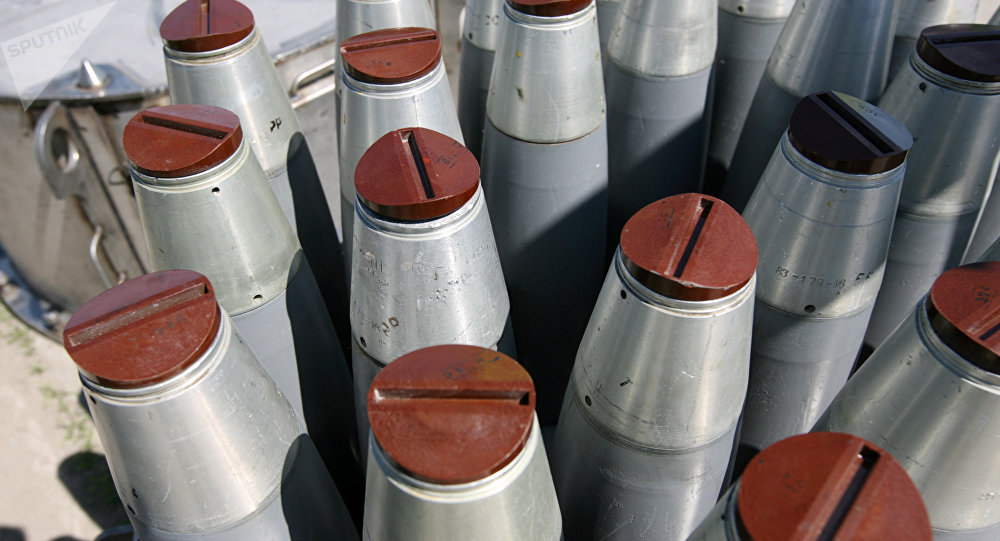 The command of the Syrian Armed Forces refuted allegations as false, with the Center for Syrian Reconciliation not confirming the attack.

The reports came against the background of the White House's recent statement, saying the US government had identified preparations for a potential chemical attack by Syrian forces. The statement warned that if Syrian President Bashar Assad conducted another chemical attack on civilians, both "he and his military" would pay a heavy price.

Syrian authorities refuted allegations on the next day, while Moscow said that such threats to legitimate Syrian leadership were unacceptable.

The Syrian army has been pursuing an offensive in Ein Tarma for almost three weeks, advancing to the eastern parts of the Syrian capital, which have been controlled by the radical armed groups for more than five years. Terrorists have been suffering heavy losses and have been forced to retreat.

The United States turned down Syria's proposal to send an international watchdog's fact-finding team to the site of a suspected chemical attack last spring, Faisal Mekdad also said at the press conference.

The Organization for the Prohibition of Chemical Weapons' (OPCW) said on Friday its fact-finding mission had established the use of sarin in the April 4 incident in Khan Sheikhoun, Idlib province.

The deputy minister expressed Damascus' dissatisfaction with the way the chemical watchdog conducted its probe.

"The OPCW conducted an investigation on Khan Sheikhoun in Turkey, a hostile to Syria state," Mekdad told reporters. "The 'witnesses' were sent into Turkey from Khan Sheikhoun by terrorists."

He added that the leadership of the OPCW sent letters to the Syrian government informing it that the organization cannot send a group of experts to investigate the chemical attack in Khan Sheikhoun.

"We received letters from the head of the OPCW, which said that the organization could not go to Khan Sheikhoun," Mekdad said.