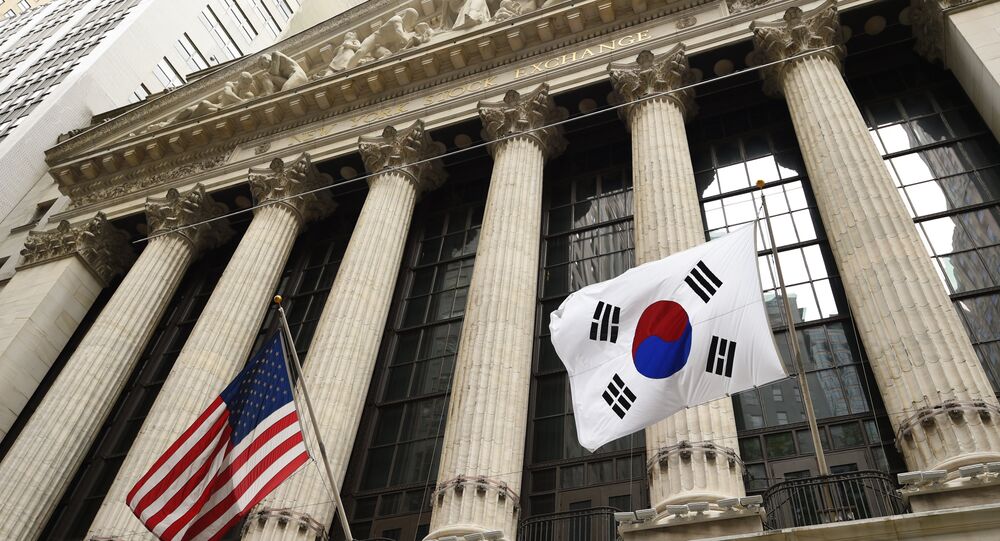 Russian Deputy Foreign Minister Sergey Ryabkov says that Russia elaborated a plan of the Korean issue settlement, which stipulates that the United States do not escalate the situation and move toward easing tensions.

© AFP 2020 / YONHAP
Russia Concerned Over Situation on Korean Peninsula, Calls for US Political Will
MOSCOW (Sputnik) — Russia elaborated a plan of the Korean issue settlement, which stipulates that the United States do not escalate the situation and move toward easing tensions, Russian Deputy Foreign Minister Sergey Ryabkov told the Izvestiya newspaper in an interview.

"We have certain ideas put in a concrete plan, which we shared with the participants of this process. We propose that the United States abandon the vicious logic of the escalation… First of all, it is necessary to freeze the situation, to reach some status quo and then reduce tension step by step and increase the dynamics of political solutions," Ryabkov said.

Tensions surrounding North Korea's nuclear and missile programs have escalated in recent months due to the increased frequency of missile launches and nuclear tests conducted by Pyongyang.