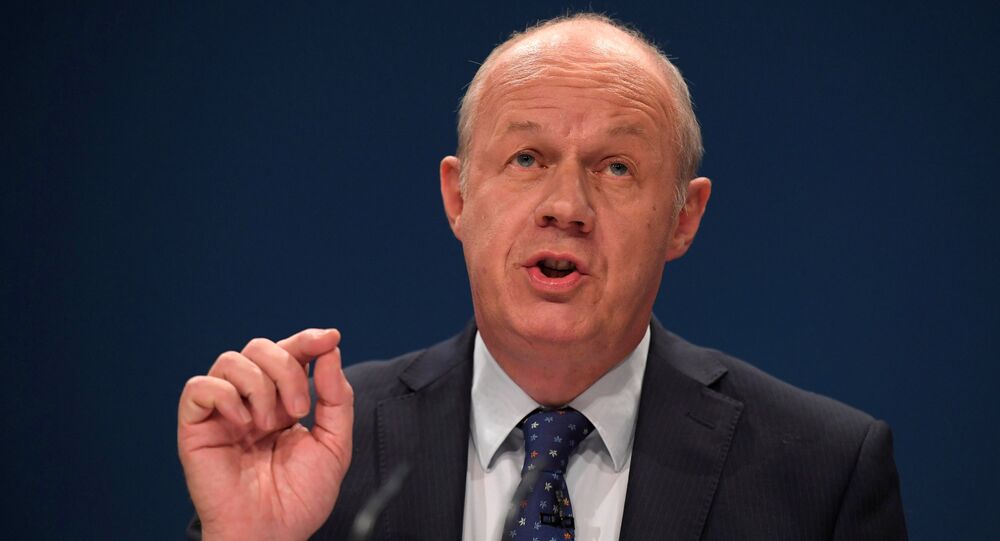 The UK Conservative Party and the Democratic Unionist Party (DUP) of Northern Ireland both are unionist at their heart, according to First Secretary of State and Minister for the Cabinet Office Damian Green.

© AFP 2020 / Justin TALLIS
Londoners Protest Against May's Conservative Party Likely Deal With DUP
MOSCOW (Sputnik) — The UK Conservative Party and the Democratic Unionist Party (DUP) of Northern Ireland have a lot in common, and there is every possibility that the two parties will form a coalition in the newly-elected parliament, First Secretary of State and Minister for the Cabinet Office Damian Green said Wednesday.

"Clearly, two political parties, we have some differences. But we have a lot in common … All talks of this kind [making a deal] take a long time, and they’re still continuing," Green said during the BBC Radio 4 program.

The minister noted that both parties are unionist at their heart.

© AP Photo / Niall Carson
A Tory Pact With the DUP Will Be a Blow to Northern Ireland Peace Process
The Conservative Party gathered 318 mandates during the June 8 general elections in the United Kingdom. This is not enough for a decisive majority in the parliament and creates a risk of a hung parliament where the Conservatives might face difficulties passing legislation they need. The party is eight seats short of the absolute majority in the parliament. The Democratic Unionist Party won 10 mandates.

However, sources inside DUP cautioned not to take the deal for granted, noting that the talks had not proceeded in the way the party expected.

The Democratic Unionist Party’s aims are to maintain and enhance Northern Ireland’s position within the United Kingdom and achieve long-term stability in the region, according to its official website.