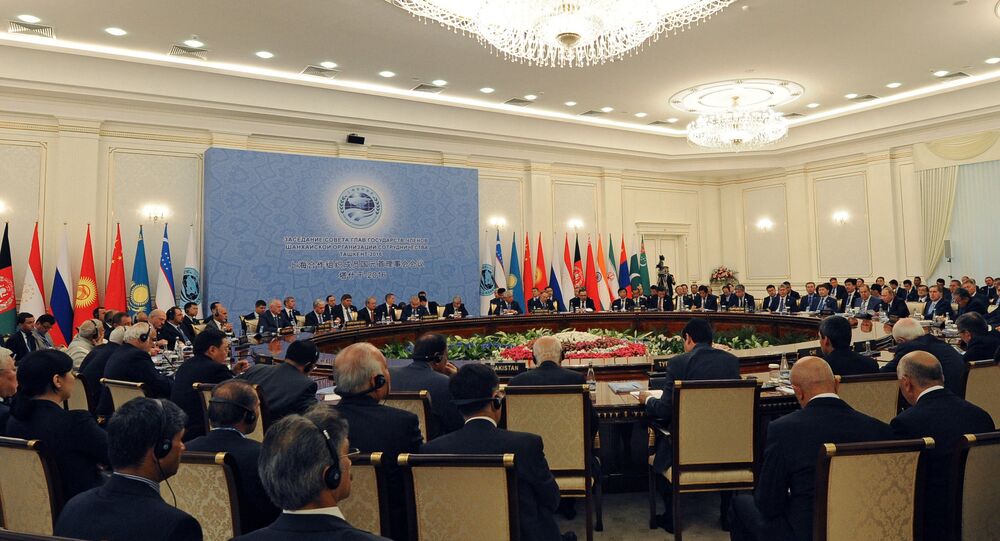 MOSCOW (Sputnik) — Earlier in the day, SCO Secretary-General Rashid Alimov told Sputnik that the two countries would become full-fledged members of the organization at its next summit, in June in Kazakhstan’s capital of Astana.

"The summit will be a historical one indeed, while as you know a decision on giving Indian and Pakistan permanent membership is expected to be taken. Accepting these influential regional actors will undoubtedly increase the organization’s potential, especially in the fight against international terrorism, as well as in the trade and economic cooperation," Morgulov said at the Third International Conference "Russia and China: Taking on a New Quality of Bilateral Relations."

© Sputnik /
China Ratifies SCO Border Defense Agreement
The SCO is an international organization which was founded in 2001 and presently includes Russia, China, Kazakhstan, Kyrgyzstan, Tajikistan and Uzbekistan as permanent members. The documents regarding India and Pakistan’s accession to the SCO were signed during the organization’s summit in June 2016 in Uzbekistan’s capital Tashkent. Afghanistan, Belarus, Iran and Mongolia hold observer status, while Armenia, Azerbaijan, Cambodia, Nepal, Turkey and Sri Lanka have the status of dialogue partners in the organization.
...
Reddit
Google+
Blogger
Pinterest
StumbleUpon
Telegram
WhatsApp
73